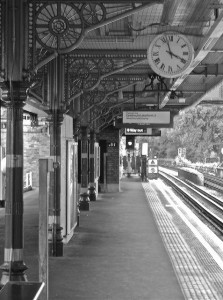 A leaked London Underground document discusses the possibility that more stations could be left unstaffed as a result of cuts to staff and ticket office hours, the very issue under dispute in the recent strikes. The RMT has published the document - we know how Londoners feel about the RMT, but they've got a good record of getting accurate leaks on this subject - that says:

"There are a number of stations across the network which is [sic] left unstaffed from time to time... With the OSP [station staff job cuts programme] and future station staffing changes it may become more of an issue at more locations more frequently."

TfL have consistently denied that cuts would mean unstaffed stations, even telling us last year:

The document is actually discussing the de-activation of the centralised PA system that announces problems on the line - if it's switched off, travellers at unstaffed stations won't get any announcements. But it's the slip about unstaffed stations (current and future) that's causing the ruckus. There are just 13 crimes on the tube per million passenger journeys, but this leak isn't going to reassure anyone at a zone 5 station late at night, wondering if there's anyone around.