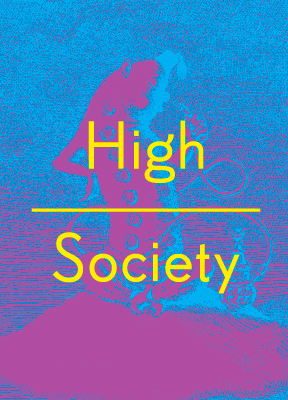 Beginning with the idea that the alteration of consciousness is a universal human impulse, Wellcome Collection's new exhibition, High Society takes a look at the history of drug taking across the continents. Starting with their plant origins and ending at the development of the synthetic chemicals feeding the international drug market today, the exhibition takes you on a fascinating trip through drug use, be it recreational, experimental, religious or medical.

Serving as a reminder of how the the opium trade was a crucial factor in the rise of the British Empire, how the opium dens of the East End became a familiar sight to Victorian London and how writers and artists across UK and Europe were getting smashed throughout the 19th century on various concoctions, including sweet green hash jam, the show is stimulating in itself.

Other exhibits include the NASA images of webs from intoxicated spiders, a bizarre series of photos entitled Laudanum where a mistress and her maid experiment with the "over the counter" opiate and a variety of short films showing tribal ceremonies and LSD self-experimentation.What's missing, and probably for legal reasons, is the subject of mind-control and psychological warfare, particularly the CIA's covert project MK-Ultra, where just about every drug going was used to experiment on unsuspecting soldiers, psychiatric patients, students and the like.High Society is at the Wellcome Collection, 183 Euston Road, London NW1 2BE, until 27 February 2011. Entry is free.