Deal To Be Signed For Mobile Coverage On Tube 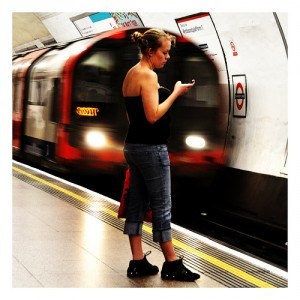 Via Ian Visits and London Reconnections: A website called Cellular-News is reporting that a deal to bring mobile phone coverage to the Tube could be signed very shortly.

Back in September, we reported that discussions between the various interested parties were underway, with Boris Johnson "bashing together" the noggins of network CEOs in order to get things moving. Under the £150 million contract, which could be signed in weeks, services from the four main mobile networks would be trialled on the Jubilee and Central lines in time for the 2012 Games ("the most digital Olympics ever!"), with other lines being connected afterwards. The deployment on those two lines make some sort of sense, as the Central and Jubilee are the two Tube lines that run to Stratford, and will probably bear the brunt of Olympic traffic.

For those interested in the technical aspect of Tube telephony, London Reconnections says that the system will use "leaky feeders" (no snickering at the back please), a common method for underground communications networks, including the New York and Moscow subways (and indeed used by existing Underground station radios). A relatively low-tech solution, and one that might not provide the most complete or trouble-free service, but probably the easiest to get up and running.