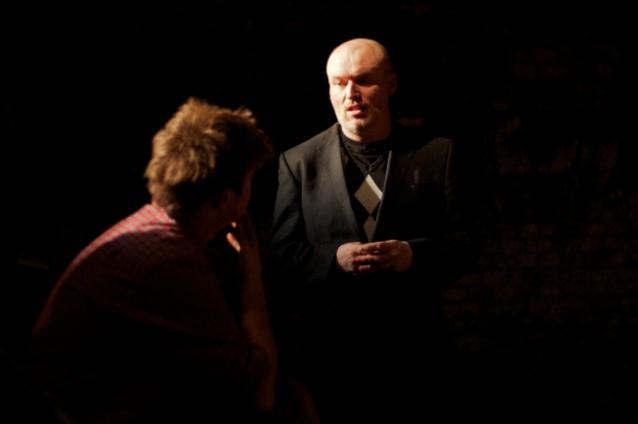 The Southwark Playhouse has brought back its Terror Season for another year, this time featuring three new plays including Mark Ravenhill's Exclusion Zone. His plays include Shopping and Fucking, Some Explicit Polaroids and Cut, starring Ian McKellen. We spoke to him about London theatre and his work with the Kings Head Theatre, the North London fringe theatre which is being turned into the capital's first opera house in 40 years.

What do you think about the state of London theatre? Would you pay £40 to see Michael Gambon’s 50 minute stint in Krapp’s Last Tape?

I think there’s a lot of choice in London from fringe to the National Theatre. There’s not much money but lots of ideas. I would pay to see Krapp’s Last Tape because I think Gambon is a genius and Beckett is a genius. I’m lucky because I can afford it but in an ideal world tickets would be cheaper. At the King’s Head Theatre, the plan is to have a top price of £15 per ticket.

What drew you to the King's Head Theatre project and why did you choose to become a director there?

I’ve been interested in opera since the early 90s and was l was looking to get back into it. I heard about a cheeky idea to turn the King's Head Theatre into an opera house and wanted to get involved.

You have agreed to write and direct two new operas for the theatre. What can you tell us about those? Will either of them be focussed on Marc Almond or Raoul Moat?

I am writing a song cycle for Marc Almond though this will be for bigger venues. For the King's Head, I'm writing a new opera which is not so much about Raoul Moat himself but the way he was perceived both as a villain and a hero and how he became a fascinating and strange folk hero. I want to use actual quotes to make it more accessible and set them to music. There may even be a Gazza moment.

I’m also working on a new version of Poppea by Giuseppe Monteverdi. It will have a new libretto which will contrast the collapsing Roman Empire with Berlusconi’s modern Italy, a land where topless gameshow hosts can become politicians.

Your new play is part of Terror 2010. Have you ever had a supernatural or very scary experience in London?

I don’t think I’ve had a supernatural experience but when I was performing The Experiment at the Southwark Playhouse last year for Terror 2009, I had to wait in the wings in a dark cupboard within a dark archway with rats the size of dogs running around everywhere. Strangely, they avoided the stage.

Terror 2010 runs until October 31st at the Southwark Playhouse. Tickets are available online here. Terror 2010 contains scenes of a shocking and disturbing nature which some people may find distressing and so is strictly 16+.

We recently saw the powerful and harrowing Boiling Frogs at the Southwark Playhouse. We liked.