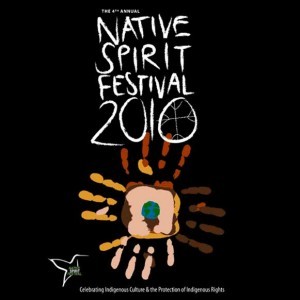 It may not be news that indigenous people around the world are increasingly in danger of being eradicated - it’s been happening for centuries - but, when it comes down to it, what do we really know? These often over-looked communities are rooted in ancient traditions, cultures and languages, yet are characterised today by displacement, conflict and exploitation. Through film, performance and forums, the Native Spirit Festival sheds some light on the matter by giving back a voice to these people, recounting history from their perspective and sharing their diverse cultures and wisdom.

Spanning the globe and with resonant themes of women and water throughout, the 4th Native Spirit Annual Festival starts October 12th with an opening ceremony of Traditional Maori Haka - song and dance performed by london based Maori Club Ngati Ranana, a couple of short films/animations followed by films:

Reel Injun - Hollywood has made over 4000 films about Native people; over 100 years of movies defining how Indians are seen by the world. Reel Injun takes an entertaining and insightful look at the Hollywood Indian, exploring the portrayal of North American Natives through the history of cinema.

Bran Nue Dae - a musical comedy set in 1969 outback Australia. In this road movie a young native boy sent to a catholic boarding school escapes to be reunited with his sweetheart and discovers that there is more to his family than he knew.

All proceeds made at the festival will go towards educational resources for schools in indigenous communities.