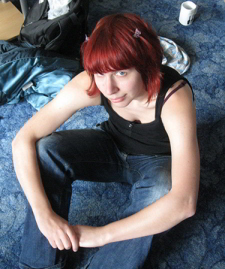 Kirsten Irving was born in Louth in 1983. She edits submissions for Fuselit magazine and co-runs experimental poetry anthology press Sidekick Books with Jon Stone. As well as City State, her work has featured in Stop Sharpening Your Knives, Dwang, Rising, Hand+Star and Mimesis, among other publications. She is currently putting together her first pamphlet and collection and enjoys fighting with sticks.

This poem was published in City State: New London Poetry (Penned in the Margins, 2010), which showcases the work of 27 London writers. From hyperlinked walks of Battersea bombsites and guerilla gardening projects to jagged urban lyrics and dark hymns to the East End, City State presents a confident, entertaining and truly diverse snapshot of the best new poetry from London.

"...a disorder in which sexual desire is lower than that found in other men and women of the same physique, and which is insufficient to satisfy an average normal healthy sexual partner ... Many men noticed a similar effect during the bombing of London." 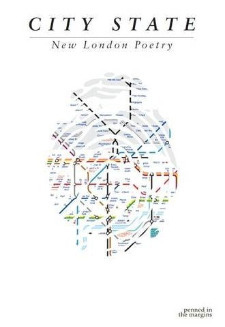 buttoned into the city's trousers,

silence in the bedrooms.

the wheezy, those not quite eighteen,

just forty-one, those with parents

those with vital jobs,

so lucky to have an excuse,

as their skyline was pot-shot.

On nights when the sirens' invasion

a tap, a brush of breasts against the shoulder,

but the hand, lips, the firm, willing curves

would be gently pushed aside, grumbling

and nursing a hunger

while their partner, healthy but for the flat feet

pinning him to London,

stared at the ceiling: blank

and then suddenly covered

in a paper chase of embargoed photographs:

all those snapped by amateurs then seized by suits

for fear of letting on

all over the world.

City State is available to buy from Amazon and Waterstone's, £9.99.