Fortean London: A Ghost in Every Borough: Lambeth to Wandsworth

By Scott Wood Last edited 148 months ago
Scott Wood Fortean London: A Ghost in Every Borough: Lambeth to Wandsworth 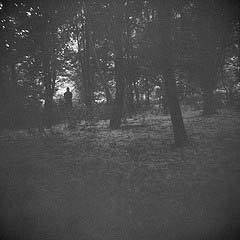 Halloween is on us like some giant, musty, swooping bat-thing that smells of grave soil, blood iron and parma-violets. While Londonist tries to fend it off with a tea towel we'll try to distract ourselves by discovering a ghost in every London borough.

We’ve covered Barking to Enfield and Greenwich to Kingston, and this week our trip concludes with ghosts of all sorts from Lambeth to the Wandsworth Road.

Are you lonesome tonight? Perhaps not with a ghost in your flat. Tilson Gardens, on the Streatham / Brixton borders is not far from Lambeth music venue The Windmill. So maybe that's why the ghosts haunting a flat decided one night to take the form of a demon dressed as Elvis. This was at the height of the haunting and previously the ghost had been content to throw the furniture around and appear in the kitchen as a ‘glowing foetus’. We once saw Chris Morris in a Costcutter in this area which may have something to do with this haunting too, it all sounds a bit Blue Jam.

On 6th May 1974, the News of the World reported a suitably frisky ghost haunting the guest-room of Graham Smithie's house on George Lane in Lewisham. The ghost would plant a kiss on any 'comely guest' sleeping alone in the room. One woman ran screaming after she felt a warm hand clasp hers. She looked over to her husband and realised he was sleeping with his back, with his hand nowhere near her. Men, on the other hand, cannot get warm in the room and one woman reported feeling very comfortable while her hubby felt icily cold as the ghost tried to freeze him out.

Paranormal researcher James Clark recorded the strange tale of faces appearing on the walls of a cottage in Commonside East, Mitcham in Merton in the Sixties. According to the occupants, Mr and Mrs Johnson, “about a dozen faces - including images of cavaliers, grenadiers, women and young children - had manifested on various walls throughout the house by the beginning of February 1962.” They first appeared after some old wallpaper was taken off the living-room wall.

Mr Johnson worked nights and Mrs Johnson was too scared to be alone in the house 'The faces looked at me all the time,’ she said, and she 'couldn't stand it any more.’ Worst of all was the builder who refused to work in the cottage because he saw his dead fathers face on the wall. Even an estate agent was moved to say: “There are so many faces and they are so clear that I was quite scared.”

Peter Underwood investigated the following strange case in Forest Gate, Newham, in 1969, which he wrote up in his book Haunted London: Robert and Doris Chilvers, who lived at 111 Odessa Road, were troubled by loud bangs and blue flashes coming out of their radio and television. Their cat Blackie (this was 1969 remember) was picked up by ‘unseen hands’ and taken to the front room right before Doris’s eyes. ‘Perhaps it had received an electric shock’ thought Underwood, who referred Mr, Mrs and Blackie Chilvers to the Electricity Board and heard no more of the Phantom Blue Flashes of Forest Gate.

JA Brook’s Ghosts of London remembers a strange procession that can be seen at Wanstead Churchyard which is presumably at the church of St Mary in Virgin in Wanstead, Redbridge. A ghostly skeleton can be seen wheeling a coffin cart. It approaches an ornate tomb in the churchyard and a spectre in white emerges and embraces the skeletal porter. This chaste scene is the after-sex life tableaux of a deceased married couple serving, perhaps, as a reminder to enjoy this world and all it’s pleasures while you can.

While we’re in more traditional territory, let’s head over to a haunted mansion:, Ham House in the borough of Richmond upon Thames. In 1900 Augustus Hare recorded a ghost story at Ham concerning the young daughter of a butler who woke and saw an old woman scratching at the fireplace in her room. The ghost looked round then came over and glared at the little girl with a long and fixed gaze. The girl screamed, people came running, the place where the ghost had been scratching was investigated and documents were found hidden in the fireplace.

The papers somehow proved that that a former owner of Ham House, Elizabeth Murray, had murdered her first husband to marry the Duke of Lauderdale. It is said that she still haunts Ham House today. Scratch, scratch.

Southwark is a surprisingly ghost-ridden area so for this borough we thought we would fall back on a couple of anecdotal ghosts heard when in the pub. Consider yourself warned. After a ghost-related event in Senate House last year your Fortean Londoner was in the pub and was told of the ghosts of the Surrey Canal in Burgess Park.

The Surrey Canal could be said to already haunt this part of Peckham and Camberwell. It has left a deep trench in the landscape and bridges that cross over nothing, and walking along its former route is a strange sensory experience. However on some nights there’s more, the sound of water and the ‘thump, thump, thump’ of ghostly children’s boots jumping from canal boat to canal boat. The sounds are the ghosts of children who played a canal boat hopping game when the canal did flow here but who fell into the water and drowned. Now they haunt Burgess Park, playing their games forever as ghosts.

The other story has come from workers at art radio station Resonance FM which your Fortean Londoner has visited recently. Resonance is now based on a yard off Borough High Street, and the presenters confess to seeing a dark figure in the studio. One described in it as a shadow with angry, red-rimmed eyes, the other saw the red eyes but also had strange-looking, dark teeth barred at him before the figure disappeared.

Beddington Park is an open space in the Borough of Sutton. James Clark collected stories about a path running through the park called ‘Bunkers Alley’. It’s here that the ghost of Queen Elizabeth makes an appearance, disappearing somewhere, maybe into a hedge, with the ghost of Walter Raleigh. “On a dark and misty night, if you go up "Bunkers Alley", you are supposed to see from your left [assuming that you enter the alley at London Road], a headless spectre on [Raleigh’s] horse with Queen Elizabeth following, jumping over the hedges of the alley, continuing their journey, onwards to Nonesuch Palace.'

Londonist went to a vigil at the Ragged School Museum in Tower Hamlets in May last year. The mediums on the team detected a “dirty washer-woman, a strict headmaster and the 'residual' memory of a child molestation” whilst others felt little hands tugging at their clothes. What did Londonist see, feel or hear while at the Ragged School? Erm, nothing.

Waltham Forest blogger Martin Belam lists a number of haunted sites in his area including a council house on Leucha Road which was haunted by the ghost of a twenty or thirty-something blonde woman. Mr Nembhard, The tenant said: "I have to leave the television on as this seems to calm the ghosts down, and I can't sleep because I feel a presence that keeps me awake."

He first time the welder saw the ghost while in bed, he started to feel strange: “as if someone was passing through him. The image he saw was a blonde woman, aged in her 20s or 30s” says the blog, quoting a defunct link to the Waltham Forest Guardian.

A council spokeswoman said: "Unfortunately, in this situation there is little that the council can do to help in practical terms. Any physical problems with the property or services provided by the council should be reported to the housing department."

Let’s end with the cute black dog haunting a fish restaurant on 523 Wandsworth Road. Between 6 and 6.30pm a “large black and beautiful dog was seen to pass from the rear rooms of the premises, through the shop, and out into the street, whence it would turn right, and lope up the main road and out of sight. On one occasion he brushed solidly against my wife’s leg, and on each appearance was seen by three of us clearly.”

The Society for Psychical Research investigated and had it confirmed that the previous owners of the shop did have a black dog that had been run over at a nearby crossroad. 523 Wandsworth Road is now the Solneve café, so pop in if you’re passing and ask them if they’ve still got a beautiful ghost doggie on the premises. Tell them Fortean London sent you.

Image: Fear of the Dark by Tom Kondrat from the Londonist flickr pool.

Why not relax with a glass of sherry this Halloween and enjoy the full Fortean London files?