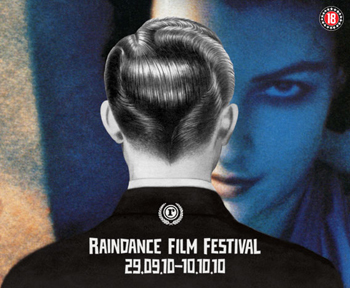 With its emphasis on extremes - extreme storytelling, extreme topics and extreme film-making techniques, the indie film festival Raindance once again elevates the capital's cinema-going opportunities to gigantic proportions, with a programme that boasts 250 shorts and documentaries, five of which are banned in other countries.

Tomorrow's opening night, begins with Jackboots in Whitehall - a hilarious version of the Second World War in stop-motion animation. It follows a band of heroic villagers led by Chris (Ewan McGregor), and Daisy (Rosamund Pike) as they rescue Churchill (Timothy Spall) and fight against the Nazi invasion of England to defeat Hitler (Richard E. Grant). Later, US rockers The Airborne Toxic Event kick off proceedings at Cafe de Paris, followed by a set guaranteed to get you bouncing by beat-maestro Andy Weatherall. The Airborne Toxic Event will also be screening the London premiere of their documentary All I ever wanted during the festival.

With such a diverse programme, fervently put together despite lack of funding, it’s often difficult deciding upon what to go and see. Amongst the many films that made our not-so-shortlist are...

Entertainment has always titillated audiences with Sex, Drugs, and Violence. The history of sensational cinema is no different. Starting with Edison's silent strip tease to the 1970s “I was a Teenage Werewolf,” the existence of these films proves that the industry will make anything to make money.

Documentary chronicling the rise of the art brut movement.

I believe in Angels

A tragicomedy set on a Croatian island where the local postman Sime has a habit of reading his fellow islanders’ mail.

Independent and low-budget filmmakers will do well to check out the 99 minute film schools where they'll find a wide range of inspiring topics invaluable to their craft.