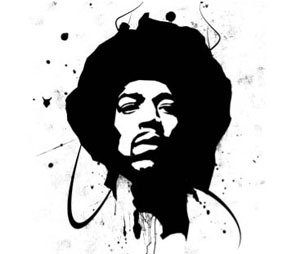 The original guitar hero, Jimi Hendrix, died 40 years ago this month and the capital has seen several events to mark this sad anniversary and pay homage to his unique talents. Jimi had a special affinity with the UK, particularly London, and this latest event is a must for any Hendrix fan.

The Odeon was previously the Saville Theatre, owned by Beatles manager Brian Epstein, which was a regular venue for the Jimi Hendrix Experience in the late 1960s. Among the many great rock n roll stories, in January 1967, Hendrix's performance there reputedly influenced Cream's Jack Bruce to go home and create the guitar riff to Sunshine of Your Love.

Hendrix in London: Yesterday and Tomorrow is part of The Story of London Festival and happens on Friday 8 October at 3pm. ODEON Covent Garden, 135 Shaftesbury Avenue, London, WC2H 8AH. Tickets are FREE but need to be booked in advance on 020 7399 1953