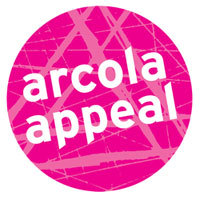 As the wave of gentrification breaks across Dalston, it washes away what made the place interesting enough for the moneyed classes in the first place. The Arcola Theatre is a prime example. The warehouse that the Arcola currently calls home is due to be converted into luxury flats, but fortunately the theatre has managed to secure a new, local residence, in the old Colourworks building near Dalston Junction, which will open in January.

Indeed, the theatre has ambitious plans: they want to become the UK's first carbon-neutral theatrical space. But to do it, they're going to need a little financial help. Hence, the Arcola Theatre Appeal. They need to raise £250,000 by the end of November to get the project off the ground, and are inviting benefactors and kindly folk with a bit of cash lying about to donate. Those who donate over £50 will get their name painted on the wall of the new foyer, while the more munificent types who fork out between £500 and £5,000 will get one of 200 unique Antony Gormley-designed T-shirts.

During its ten-year existence, the Arcola has consistently punched above its weight and once-unfancied postcode to establish itself as an important part of London's theatrical landscape. We've enjoyed countless productions there, and if you love it too, and have a spare bit of cash that you fancy giving to a good cause, then consider flinging it the Arcola's way.

The new building will be open for a public preview this Saturday, October 2nd, as part of the Story of London.