Council Cuts Come To Lewisham... And You Soon, Probably 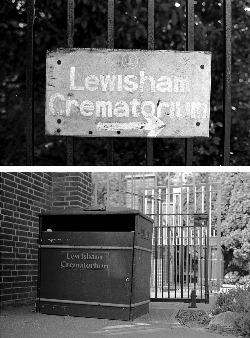 DICKSDAILY notes a cutback too far / from the Londonist Flickr pool
OK. We all, surely, knew that Tory promises to reduce the deficit while not cutting frontline services were nonsense, even as they were being made. But Lewisham's one of the first places to find out exactly what that means on a borough level.

Mayor Steve Bullock, re-elected on the back of a local Labour landslide, has said cuts will be the "worst in living memory". The council has to reduce spending by £60m over three years, which is £1 out of every £4 currently spent in the borough. Understandably, bloggers have been looking at the detail.

Alongside the sad and unsurprising job losses (aren't our social workers, et al, already massively overstretched?) are proposed cutbacks everyone will be able to see. There's outcry over the proposal to close five libraries. Blackheath, Crofton Park, Grove Park, New Cross and Sydenham are the ones under threat, galling after Culture Minister Ed Vaizey recently declared that "libraries create readers" at a speech to the Free Word Centre.

Deptford Dame notes plans to reduce street cleaning in an area that - much as we love it - desperately needs more, not less. Permanently closing automated loos is mooted, despite two new ones just being installed in Deptford, and if someone nicks your wheelie bin be prepared to pay £20 for a new one. Investment in parks is also due to be cut by a third a year for the next three years. It all just sounds generally miserable.

Cuts to council expenditure won't just be limited to Lewisham. Part of the Chancellor's deal for freezing our council tax was that councils would limit spending, not to mention general departmental reining in. Enfield has to find £6.8m in savings and it's reported Greenwich is looking at £26.8m in cutbacks. What's happening in Lewisham today might well be happening next door to you tomorrow.