The Forgotten Treasures In Your Oyster 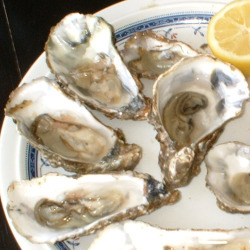 It's the end of the week, the Bank Holiday looms, three days of spending beckons... and you haven't a penny to spare. Or have you? According to the BBC, you or someone you know has an Oyster card with unused money on it, loaded up for PAYG travel but not touched (in or out) for a year. In total, 16.5 million Oyster cards have been issued but not used, with an average of £1.80 unspent on each - that's equivalent to nearly £30million down the back of London's metaphorical sofa. It's ours, we know it's there, we just haven't dug it out and used it yet...

Oyster cards don't expire and the money will always be valid, for travel or for reclaiming. If you need the money back, you can get back the whole amount plus the deposit on the card itself, at any point. You can't in Newport, Wales though; once money goes on a Newport Bus Passport card, it stays there until spent or absorbed into the profits of Newport Bus. They have to use it or lose, whereas we can use it, or get it all back in a TfL cashback deal.