The Martian Colony On The South Bank 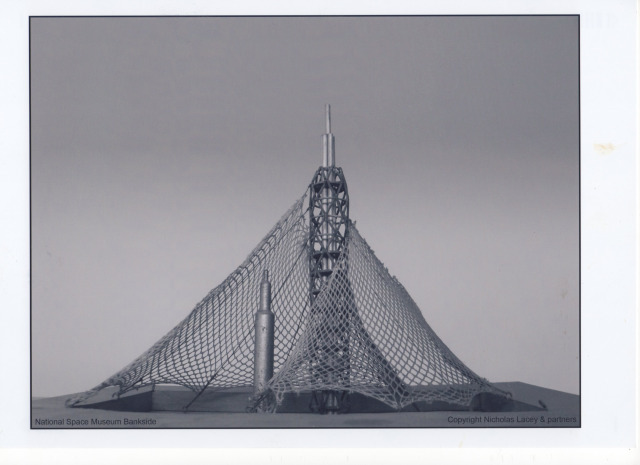 This extraordinary structure is nothing less than a simulated Mars colony...in Southwark.

The idea was proposed in the 1980s by Michael Young, the man behind the Open University and the Consumers' Association. Disillusioned with Reagan's Strategic Defence Initiative, Young campaigned for the peaceful use of space, and wanted Britain to be at the forefront of development. He set his sights on Mars and began to look for ways of spurring progress in this direction.

Young settled on the idea of establishing a sealed colony on Bankside where some of the challenges of Martian habitation could be explored - a kind of astronautical Big Brother over a decade before the advent of the show. The centre would also serve as a museum and venue dedicated to enthusing the public about space, and support a National Space Agency.

The Argo Venture, as it came to be known, attracted high profile supporters such as Sir Martin Rees (now the Astronomer Royal and President of the Royal Society) and James Lovelock. A deal was almost struck to acquire Bankside Power Station (now the Tate Modern), knock it down and build from scratch. The scheme shown in the illustration was worked up by architect Nicholas Lacey, best known for his ContainerSpace development at Trinity Buoy Wharf. "Looking back, it's incredible how close Michael got to pulling it off," says Lacey, in a Radio 4 interview about the venture.

Alas, the project collapsed for economic and political reasons. We gained a world-class art gallery on Bankside, but lost out on an adventure that could have led Britain to the Red Planet.

Incidentally, many of the ideas from the project have come to fruition. A National Space Centre was established in Leicester in 2001. Simulated Mars colonies have been established in both the US and Russia. A UK Space Agency was established in 2010. All we need is a giant net draped over the Shard and Guy's Hospital, and we'd get the architecture too.

You can read more about the project on the blog of Toby Young (son of Michael). Image by Teresa Lundquist.