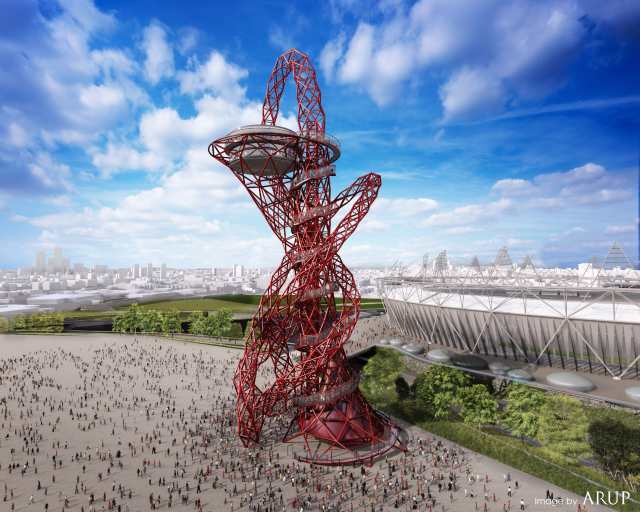 Images have emerged for a planned 120 metre tower from artist a la mode Anish Kapoor and engineer Cecil Balmond. What will become Britain's tallest piece of public art will begin construction on the Olympic site almost immediately, for completion next year.

The structure, dubbed 'Orbit' resembles a topologically improbable roller coaster attempting to ingest previous Anish Kapoor sculptures. What's not to love? Oh, right, the price tag. £19 million. Ouch. We hope they know what they're doing.Boris sang the sculptor's praises as only Boris could:"He has taken the idea of a tower and transformed it into a piece of modern British art. It would have boggled the minds of the Romans. It would have boggled Gustave Eiffel."Are you boggled, bejoyed or begrudged? And who can come up with a nickname for our latest folly?