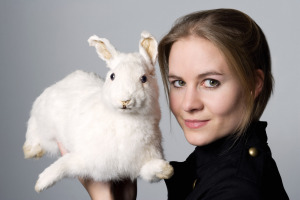 Laura Solon
Oh Battersea, with this embarrassment of comedy riches you are spoiling us. The N20 Season of Comedy, starting this week and running for 10 days, showcases some of the best still-somehow-under-the-mainstream-radar acts that we can think of.

Andy Zaltzman - currently to be heard with Chris Addison and Sarah Millican on 5Live's Seven Day Sunday - starts the shebang off on the 17th with some of the sharpest political comment around. Wil Hodgson spends two nights regaling audiences with tales of small-town misfitry; Isy Suttie proves why she's so much more than just Dobby-off-of-Peep-Show; and musical storytellers Ginger and Black offer an interesting twist on Churchill's legend.

You could make a proper night of it on the 20th and catch Josie Long's work in progress, Jo Neary's cavalcade of characters in her village hall variety show, Jarred Christmas's infectious enthusiasm and the Storyteller's Club.

Take a few days break and come back for Londonist favourites Colin Hoult (24th) and Jonny Sweet (26th), and prepare to worship at the altar of incisive surrealist Simon Munnery on the 25th. Or perhaps the Edinburgh sell-outs Cardinal Burns are more your style? Tom Adams brings the whimsical songs that formed his Edinburgh show Dropped as a Child; there's an opportunity to see Perrier-winner Laura Solon and her radio show characters in her play Rabbit Faced Story Soup; and rounding everything off is fast-paced circuit veteran Phil Kay.

Get your tickets now - we were going to sing the praises of the fabulous Gavin Osborn, but he's already completely sold out. Consider yourselves warned...