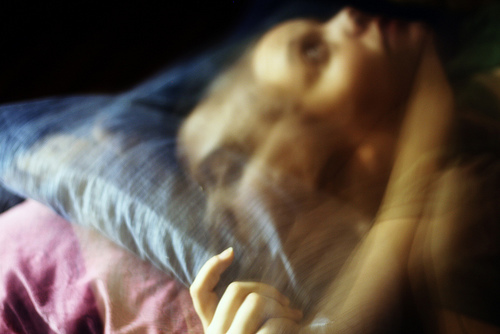 In folklore, the incubus and succubus are male and female demons said to prey on sleeping victim's. Such beliefs have often been perceived as nothing more than vivid nightmares, or 'night terrors', usually involving a person who, whilst sleeping on their backs, appear to awake, but are unable to move. They sense a presence in the room, and often a shadowy entity, sometimes resembling a hag-like figure, is said to enter the room. This apparition is often said to sit on the chest of the victim, who in their dream-state, is unable to breathe. The event only dissipates once the witness is able to break from the nightmare and the crushing sensation subsides.

These kind of attacks are reasonably common, but sexual phantoms have been known to apply more severe attacks to victims. On the night 9th August 1980 a South London woman became the target for a predatory wraith. At first, as she undressed for bed, the unseen spectre would call her name, and then on occasion caress her through her clothes, and then her naked flesh. Bizarrely, the woman felt stimulated by the presence and unable to act any other way towards the invisible form.

However, the randy spook became more violent, pulling at the woman, ripping her clothes, taunting her and terrifying her. On one occasion the victim was unable to move, and felt several tongues all over her body, and a taunting voice and feeling of being held down. The next morning she found bruises and scratches over her body and although she visited the doctor he simply passed the incident off as hysteria. When the attacks persisted, the woman called in a priest who stated that an incubus had been present in the room. Whatever had visited the woman, it was not put off by the crucifix around her neck.

After several more night time attacks, the woman felt no longer afraid and gradually over time the assaults dissipated.

Author Peter Haining stated that the case, which was investigated by researcher Lee Allane, and published in Forum: The International Journal Of Human Relations, was "... probably the most authentic of spectral rape on record."

Such disturbing aspects of the supernatural were brought to the big screen several decades ago in the American movie The Entity in which a female was regularly raped by a spectral assailant.

Although the realm of the supernatural has provided great entertainment over the years, from its classic origins of hauntings pertaining to eerie houses, clanking spirits, and headless phantoms, there has always been a more serious ingredient. Cases such as the above prove that there is an even darker corner of the unknown to which there is no explanation.