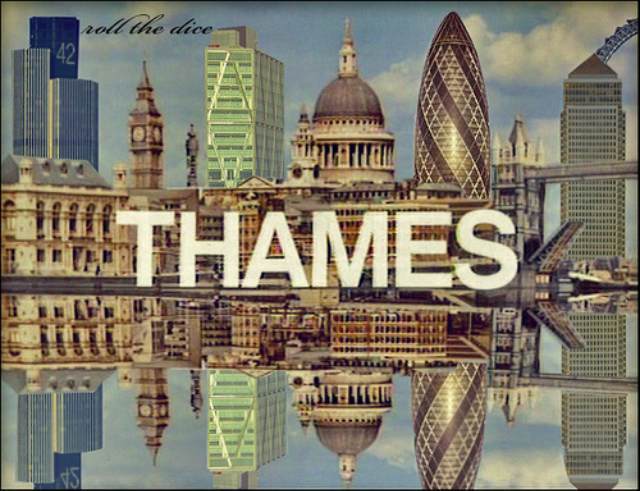 Until 1992, the Thames TV logo was a familiar image to anyone watching ITV. Had the broadcaster and production company carried on into the 21st Century, this logo would have needed an update. Step forward Roll The Dice, a frequent contributor to the Londonist Flickr pool, with this revamped image. The new-look logo adds Tower 42, the Broadgate Tower, the Gherkin, One Canada Square and the London Eye to the existing landmarks.

If you fancy contributing your own adjusted, twisted or otherwise basterdized images of London to this series, check out our archive, and then email submissions to londonist - at - gmail.com