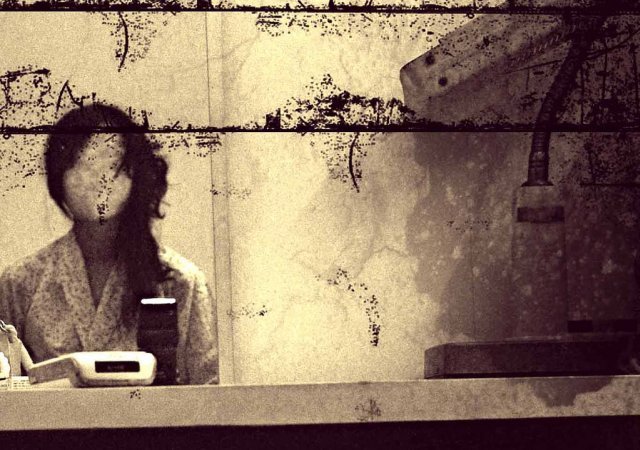 129. The Faceless Phantom of Langmead Street

Even the police stationed outside the house in Langmead Street couldn't find an answer. They couldn't explain the strange buzzing noises heard by 26-year-old Cecil Greenfield. They couldn't find a suspect to arrest for the weird banging noises which kept the family awake every night. The family of eight were tormented by an unseen assailant who dragged furniture about the West Norwood residence. And then, at 2:15am on a warm July night in 1951, Dennis and his wife Gladys got the shock of their life when they entered their home and were confronted by a tall, grey figure without a face.

Inspector Sidney Candler was extremely sceptical of the fiasco until he heard the thumping noises coming from the attic, and was unnerved as a picture flew from the wall and smashed on the floor. Cutlery seemed to rattle in the drawers.

The house attracted many locals, some simply intrigued by the local haunted house, others more sceptical who howled abuse at the residents, shouting "Get your heads examined!" Even the relatives of the family were embarrassed by the situation and refused to aid the troubled family.

Father Alfred Cole of St. Matthew's Church was called in to exorcise the building. It was the last resort for the family who'd been plagued by the noises all day, and every night. A group from the Church of the Nazarene held a vigil throughout the night, deep in prayer in hope of cleansing the house of its evil. And yet the activity refused to subside. If anything it increased.

The radio turned on by itself. Peculiar lights whizzed across the living room. A mattress lifted up and appeared to bend, and poor Dennis was accosted by an invisible intruder who tore his shirt.

The family had reached the brink. They fled. They were not followed by the spectres within.

A couple with four children moved into the property, fully aware of its reputation. They were never troubled by the phantoms, and the house on Langmead Street returned to normal.