Create A Tartan For London 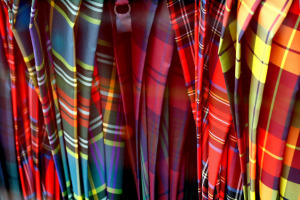 Image by garryknight used under a Creative Commons licence
What have New York, the FBI and 34 US states got that nowhere in England has? To avoid any unfortunate gags we'll tell you: their own tartans. This might have something to do with England and Scotland being auld enemies but tomorrow, on St Andrew's Day, a competition is being launched to find a tartan for London.

The Scottish Tartans Authority will have a design app on its website from tomorrow where you can have a stab at making your own pattern. They say the tartan should have a minimum of two colours and a maximum of six, and be made up of broad bands and narrow lines. They also suggest using red for London buses and green for our parks: how about pigeon grey or police siren blue? A shortlist will be announced at Hogmanay and the winner, declared on Burns Night, will be properly registered as our official tartan.