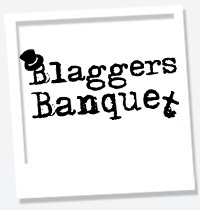 A tremendous feast blagged entirely by London food bloggers will be taking place at The Hawksmoor next week in aid of Action against Hunger The organisers, headed up by Eat Like A Girl, have been blagging like crazy and the fabulous response from producers, restaurants, chefs, wineries and breweries is going to make for one Blaggers Banquet extraordinaire.

The scrumptious details are being kept secret until the night, but expect 5 delicious courses with drinks and barrel loads of fun. An auction of more foodie fun on the night, and online for a month after the banquet, means you too can bid for the likes of a year’s supply of Chilango vouchers or autographed cookbooks from Fergus Henderson at St John’s, if you can’t make it in person.

There’s still time for anyone wishing to donate or contribute. There are 50 tickets being auctioned on eBay with prices starting at £75 for 2.

Blaggers Banquet is on 15th November at The Hawksmoor.