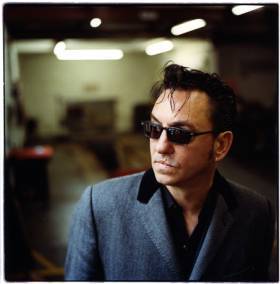 Okay, so it’s still October and we’ve already started thinking about Christmas, but hey, at least we held back a couple of months longer than Selfridges. Following the success of last year’s acclaimed debut event, the Barbican are bringing back their “Twisted Christmas” show. Described as “a deliciously dark evening of alternative Yuletide entertainment”, this is aimed at those of us seeking an alternative to the endless repetition of Wham!, Mariah Carey & Slade festive hits pouring out of speakers everywhere year after year.

Last year’s event, compèred by Jeremy Hardy saw performances from Jarvis Cocker, Patrick Wolf and the papier-mâché headed Frank Sidebottom, alongside shadow puppetry and a children’s choir. Even Heston Blumenthal got involved by providing the “Scent of Christmas”.

This year sees a fresh line up performing unique interpretations of classic Christmas songs, as well as their own seasonal offerings. A suitably diverse range of acts have already been announced, including Sheffield's top crooner Richard Hawley; acclaimed singer-songwriter and pianist Ed Harcourt; American folk singer Josephine Foster; delicate Icelandic post-rock quartet and sometime Sigur Rós string section, Amiina; dark electro popster Polly Scattergood; traditional Scottish folkster Alasdair Roberts and finally, the Sense Of Sound Choir, who not only featured on BBC 1’s “Last Choir Standing” but have also collaborated with Brian Eno and Damon Albarn. There are plenty more acts to be announced, but this is already shaping up to be one of those unique and memorable events that the Barbican is so good at.

Twisted Christmas is at the Barbican on Tuesday 15th December at 8pm. Tickets cost from £15 to £25 and are available here.