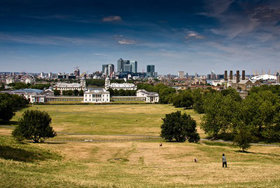 Greenwich Park
As previously reported, there's a lot of confusing nonsense spread about Greenwich Park, one of the venues where the Olympic and Paralympic Games will be taking place in 1,000 days' time.

Earlier this month, London 2012 launched a consultation website where the plans to host the equestrian and modern pentathlon sports are laid out for all to see. You can comment on them (positively or negatively), make suggestions and contribute to the debate about how to ensure that one of London's greatest open spaces can play its part in the world's greatest sporting event.

Don't hang about, though - you've not got 1,000 days. Submit your wise and considered thoughts by Saturday 31 October so that contributions can inform the planning application, due in later this year.