By NeilA Last edited 141 months ago
NeilA The Saturday Strangeness 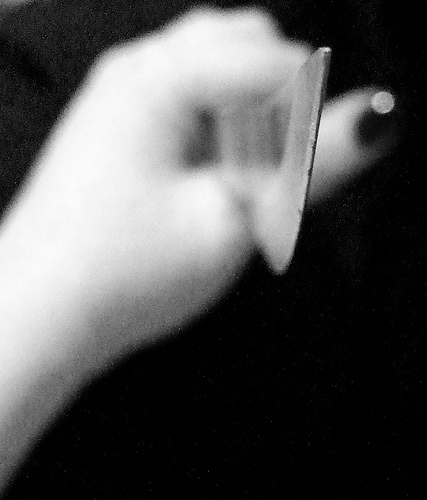 Last week I spoke about further phantom assailants let loose upon the capital to stab, hack, slash, snip, rip and spank hapless victims. This week we continue the predatory reign of terror and succumb to more evasive weirdos who disappear under the blanket of night as if they were simply ghosts, or the product of urban legend and hysteria.

One such cloaked sadist was escaped lunatic Thomas Hayne Cutbush (now there's an apt name!) who was arrested in March of 1891 after stabbing a female victim in the buttocks. It seemed that Cutbush had been suspected of several other similar crimes, proven to be the Kennington stabbings, of which a Mr Colicott had been wrongly accused.

The Sun theorised that maybe Mr Cutbush had in fact been responsible for the Ripper slayings of 1888. The paper stated that they could prove Cutbush was in the vicinity of the East End during the time of the murders for he was working at a tea factory. It was alleged that his apartment had been searched and numerous lewd drawings of women were found. Cutbush's uncle was Superintendent Charles Henry Cutbush of Scotland Yard, and it was he who took the accusations very seriously.

However, no weapon allegedly used in the Ripper killings was found to connect Cutbush to the grisly murders, and some suggested it inconceivable that he could remain dormant for two years after such a frenzy, and that to stab women in the buttocks was too far removed from actually killing and gutting a victim.

Cutbush was readmitted to the asylum and eventually died at Broadmoor.

Although the crimes of Cutbush were halted by the police, his bizarre reign pigeon-holes him alongside many local scares. Next week, the spectral garrotters...