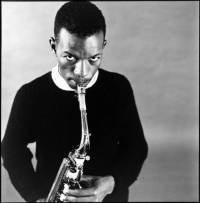 This Friday sees the return of the Southbank Centre’s popular annual Meltdown festival. This year’s festival director is pioneering jazz saxophonist, Ornette Coleman and he has chosen a typically diverse selection of talent for some exclusive performances and special collaborations. Unsurprisingly, there’s a heavy jazz bias, but hip hop, electronica, world music and alt-rock all feature in some truly not-to-be-missed events.

Opening the festival's launch party on Friday is legendary Afrobeat drummer, Tony Allen, at the Queen Elizabeth Hall, before the festival gets into full swing on Saturday with performances from The Roots.

Other treats over the week include Sengalise sensation Baaba Maal, an 'interactive' show from Yo La Tengo, Patti Smith performing with The Silver Mt. Zion Memorial Orchestra, Moby playing an intimate show at the Royal Festival Hall, and a one off collaboration between Faith No More’s Mike Patton & avant-garde composer Fred Frith.

As ever with Meltdown, there are plenty of free events in the Royal Festival Hall’s Clore Ballroom including sets from Acoustic Ladyland, Get The Blessing and Led Bib, as well as film screenings, including “Patti Smith’s Dream of Life”, “1959 The Year That Changed Jazz Forever” and Coleman biopic “Ornette: Made in America”.

Having made several guest appearances throughout the festival, Ornette Coleman closes proceedings with a performance of his classic “This Is Our Music” album at the Royal Festival Hall alongside former band mate Charlie Haden and Red Hot Chili Peppers’ Flea.