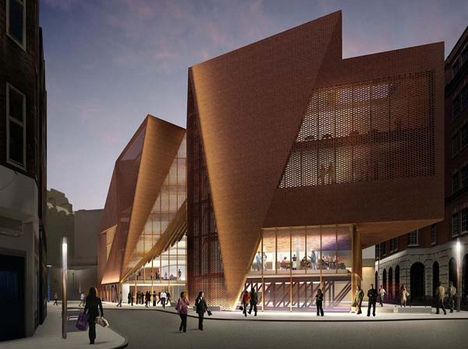 The London School of Economics has released an image of their proposed new building at Aldwych. It’s the work O’Donnell & Tuomey, and their win is a particular stroke of luck for the Irish firm, as their design for the expanded Phtoographer’s Gallery on Ramilles Street was recently torpedoed due to lack of funds.

London’s educational establishments have of late favoured formalism over function - the Libeskind-designed block for LUL on Holloway Road remains controversial as ever - and it'll be interesting to see how the plans are received in a high-profile area that's apparently becoming the new Shoreditch.