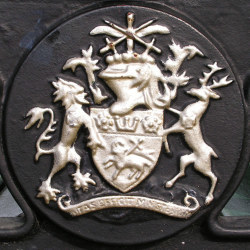 Image by jovike under a Creative Commons licence
Brian Coleman, Barnet's new Mayor, used his swearing-in last night to have a pop at bloggers:

There are a few people that I would not like to thank. Those bloggers that think anyone involved in civic life, whether it is an elected politician or professional officer, is fair game for personal abuse and whose mission it is to undermine and denigrate. Whilst mayor of this borough I will not tolerate anyone in this chamber or outside who regard it cool and trendy to undermine democratic institutions, and I do not have time for those who have community criticism rather community service.

Hmm. At a time when the country's in a writhing outrage over MPs' expenses, brought to light not by transparency and fair play by elected politicians or professional officers but by investigative journalism, taking the opportunity afforded by a public ceremony to hit out at your detractors might be a teensy bit out of step with the public mood. We're not comparing ourselves with the Telegraph, but we do think Londoners have the right to know about things like, ooo, £10k taxi bills and serial trips to Cyprus. It's called democratic accountability, innit?

So if there are any bloggers in Barnet who write about politics because they think it's cool and trendy (excuse us while we pause for a laughter break) be warned: Brian Coleman's on to you.