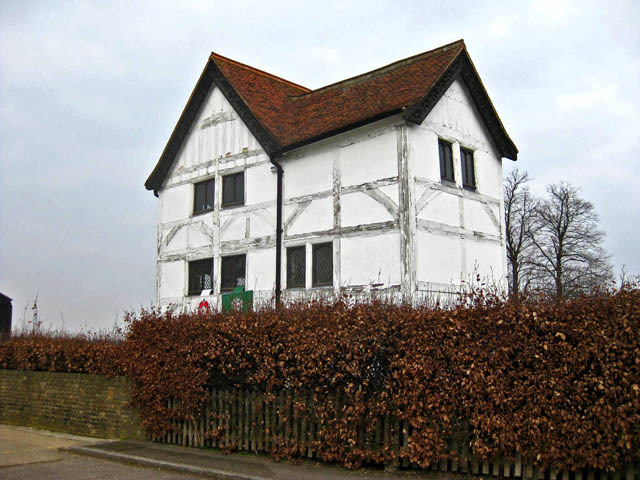 Each month, Londonist chooses a small museum to explore, sharing some surprises and a bit of behind-the-scenes info.

Tudors are everywhere this summer. Well-known hangouts The Tower and Hampton Court Palace have special exhibitions to commemorate 500 years of Henry VIII, while the British Library has let David Starkey loose with it's 16th Century holdings. Some wag even came up with a Tudor-themed pub crawl. But there are many less-obvious Tudor attractions dotted around the capital. One such is the Queen Elizabeth's Hunting Lodge, which stands above Chingford Plain on the edge of Epping Forest.

The lodge, or 'hunt standing' in traditional parlance, was built in the reign of Henry VIII as a base for one of his umpteen hunting ranges. When picturing a Tudor hunt, one imagines a horseback chase of hare and hart through ancient woodland. But the standing allowed a more sedentary form of animal slaying. Nobles would wait in the upper storeys of the lodge and take potshots at passing deer with bow and arrow or crossbows. No record survives, but it's quite possible that Henry visited the lodge, with its extra wide staircase suitably proportioned to accommodate the girthsome monarch. Persistent tales of Queen Elizabeth riding a horse up the staircase are probably apocryphal.

The museum is spread over three storeys. The ground floor carries displays of Tudor cuisine and general information about the history of the lodge. The upper floors include a hands-on exposition of Tudor joinery, a dressing-up basket (for the kids) and a replica crossbow (for the adults to pretend to fire at the kids). Throughout, you get an impressive view of the forest and Chingford Plain, with its ubiquitous model aircraft (another tempting target for the counterfeit crossbow). We'll highlight some of the more intriguing features of the lodge and upcoming events in future posts this month.

Queen Elizabeth's Hunting Lodge is a short walk from Chingford Station - just half an hour out of Liverpool Street. And when you're done looking around, you have a whole forest to explore. Entry is free, but you'll definitely want to give a donation to its upkeep.