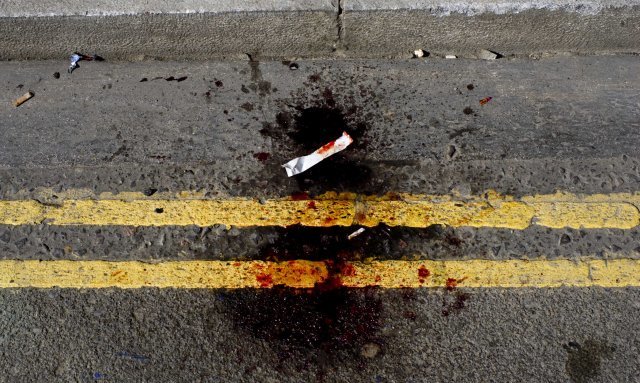 Last week we witnessed some glaring discrepancies between certain newspaper reports on the G20 protests and the observations of many who were present at the demonstrations. While the Daily Mail was reporting the events with headlines claiming “ thousands of anti-capitalists ransack the City in G20 riot” (this headline has since been changed on the Daily Mail website), several of Londonist’s own eyewitnesses had noticed that the protests were, despite a handful of isolated incidents, mostly quite peaceful and good-natured - a fact acknowledged at the time by a Metropolitan Police spokesman.

Similarly, many newspapers initially reported that the police paramedics who were attempting to revive Ian Tomlinson (the man who collapsed and died during the protests) were “pelted with bottles by a screaming mob”, despite the rapidly emerging eyewitness claims that such reports were a massive distortion of the facts.

And now additional claims have been made about the circumstances surrounding Ian Tomlinson’s death. The Independent Police Complaints Commission (IPCC) has received a number of witness statements claiming that Mr Tomlinson was ‘assaulted’ by riot police as he attempted to make his way home from work at a nearby newsagents. It is reported that he was ‘rushed from behind’ by police officers, resulting in him falling heavily to the ground and hitting his head on the pavement. He was then apparently helped to his feet by another bystander, but was seemingly disorientated and collapsed a few minutes later.

As more details of the exact circumstances surrounding Mr Tomlinson’s death emerge, there are increasing demands for a full investigation into the events. Protesters marched to Bethnal Green police station on Saturday to demand a public inquiry, and Liberal Democrat MP David Howarth has said: "Eventually there will have to be a full inquest with a jury. It is a possibility this death was at police hands."

With such wildly differing information being reported by the press and eyewitnesses, it is obviously difficult to know what to believe about what really happened at the G20 protests. However it’s looking less and less likely that Ian Tomlinson, a bystander who was not taking part in the protests, died from the ‘natural causes’ that were originally claimed by the police post mortem.