Twestival is a storming success

The flagship London event in the first global 24 hour charity Twestival was held last night in Shoreditch, and by all accounts - snow permitting - was a great night.

As we reported yesterday, Twestival is a fundraising event born of micro-blogging site Twitter.com, which was the brainchild of a group of Londoners in late 2008. After the sucess of the first event they decided to extend their idea to a global stage, with amazing results - nearly 200 cities round the world applied to take part, and $1million is predicted to be raised.

London's Twestival last night was packed to the rafters with users of Twitter who had snapped up one of the 500 sought after tickets in hours, and a good time was had by all.

London organiser Ben Matthews said: “It all started with the first London event back in September, and Twestival has now become a global ‘tweet-up’ for people who are on Twitter. It has been a big job helping to organise the London event but the response has been fantastic! It’s great to meet the people behind the avatars and to raise money for such a worthwhile cause at the same time.”

The 100% volunteer organised events were pulled together in less than a month, in a great show of community and giving from around the world, with London at it's centre. All the money raised round the world will go to clean water cause charity: water. Please do donate via www.twestival.com 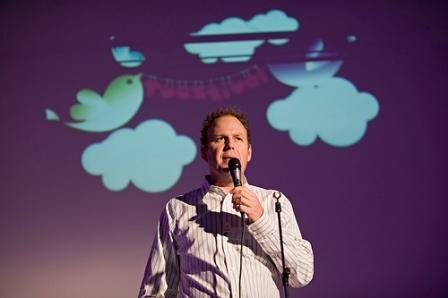