By NeilA Last edited 153 months ago
NeilA The Saturday Strangeness 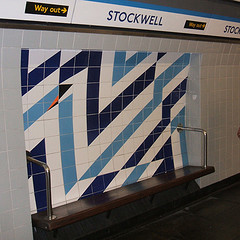 London has many ghosts. Its history is saturated with dark and mysterious tales, some better known than others, and many famous the world over. The case of the Stockwell poltergeist has been pretty much forgotten, mainly because it took place in 1772, but it deserves a resurrection for it remains a chilling yarn.

The phenomenon centred upon a Mrs Golding at her farmhouse. Although the beginnings of the case suggested nothing more than a nuisance spirit that occasionally threw plates from the wall, something sinister was on the cards one particular day when Mrs Golding fainted. Aided by the local doctor, the woman recovered but had begun to bleed, and so she was rushed to the sink where in amazement they both stood and watched as the blood began to spring from the sink, and the basin shattered before them.

Every time guests were welcomed into the house by the owner, they were offered a glass of wine or rum, but the glasses in which they were served smashed one by one, and at dinner joints of meat would fly into the air and tumultuous noises would resonate throughout the house as if the building were about to collapse.The children of the house were terrified by the unseen presence and were rushed to a local barn by the maid, Ann Robinson, but whether by coincidence or eerie reasoning, the activity stopped once the maid was gone.

Peace at last resumed in the house, but when Miss Robinson returned all hell broke loose. Beer casks of considerable weight were tossed into the air, candlesticks thrown at the wall and a bucket of cold water began to boil suddenly.

Seeing sense, or maybe as a last resort, Mrs Golding fired the maid and the uproar ceased, leaving the farmhouse as still as the breath of night.