By Lindsey Last edited 136 months ago
Lindsey The Patterson Challenge 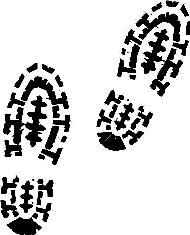 150 years ago today, Victorian tourist, James Patterson returned to Manchester after a festivity packed sight-seeing sojourn in Camden with friends.

It's quite likely you took a post prandial walk over Christmas. Perhaps you hit Oxford Street to look at the sales, wander the deserted city, stroll a park or take a river boat? Lovely when the capital's quiet and good for the digestion. But we'd probably not believe you if you said you'd embarked on a 20 mile hike taking in a chunk of the West End's attractions, a compact cluster of city icons, a trip downriver to Greenwich and Deptford, then back across the Thames to Wapping and Tower Hill. But this is exactly what Mr Patterson claims to have done on 27 December 1858; the year before Big Ben started ticking, making him the most energetic tourist we've ever encountered. Handily, he kept a diary of it too.

Patterson's scrupulous account of where he walked and what he saw between Christmas Eve and 8 January was brought to our attention by Senior Archivist at Wellcome Library, Chris Hilton, in one of the great free talks there last year. Patterson is a matter of fact reporter, dryly amusing in places but scant on emotional and descriptive detail. Still, as Hilton says, it's a "very detailed picture of a young man bent on seeing, in one visit to the metropolis, everything that a visitor should see; an impressive testimony to the stamina of the Victorian tourist." That's for sure. We're wondering if he's been entirely truthful about the extent of this particular foray (or maybe we're just a bit lazy).

You can read Chris Hilton's article, A Victorian Christmas in the Big City about Patterson's diary for yourself but we've mapped his mammoth post Christmas sight-seeing tour for you. If we hadn't been dogged by flu we'd have been out on the streets, trying to retrace his footsteps and photograph the route over the winter break, to prove that 150 years on, the face of London hasn't changed beyond recognition and 20 miles in a day is still doable, with scarce a toilet or coffee stop. But now it's 2009, are you up for the Patterson Challenge to celebrate the anniversary of this feat of tourism?

If you want to be part of a crack team in the next month or so, capturing the entire schlep on camera and in blog, sign up in the comments now.

Many thanks to Chris Hilton for his excellent talk and article, which was originally published in the Newsletter of the London Topographical Society. Visit the Wellcome Library to find out more.