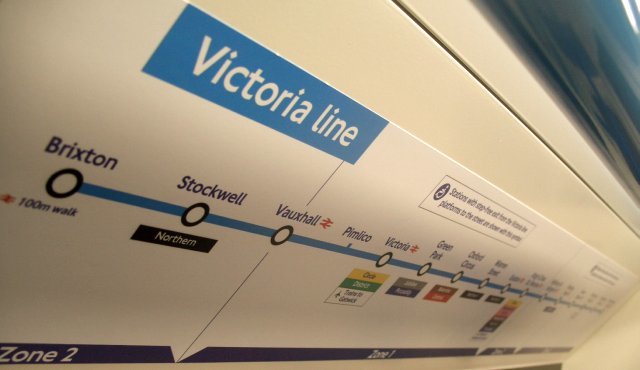 Alliteration aside, it’s not all bad news on the tube. Whilst the East London Line is having to go cap-in-hand to beg for funding to complete its extension, it looks like long-suffering Victoria Line passengers are set to enjoy a resumption of ‘normal’ services from today.

Indeed, the Monday-to-Thursday ‘early closures’ that have inconvenienced Viccy Line regulars since the middle of last year have now ‘officially’ ended, according to TFL. Despite earlier rumours that the disruptions would be extended (again) into 2009, TFL’s own documentation indicates no planned weeknight closures in the next six months, although occasional closures at weekends do seem to be scheduled from mid-January.

To cautiously celebrate this hopeful return to ‘normality’, here are some of the things that we know about the Victoria Line:

It was designed to be a fast, congestion-relieving alternative to other lines (such as the Piccadilly Line).