Review: One Minute By Simon Stephens

By Hazel Last edited 147 months ago
Hazel Review: One Minute By Simon Stephens 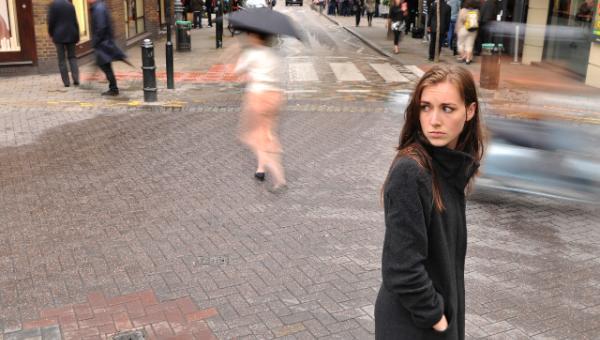 Shining Man stages revivals of lesser known modern classics and with ecent successes Harper Regan and On The Shore of the Wide World at no less than the National Theatre mean Simon Stephens is modern classic material. One Minute from 2003 is brought back with uncanny resonance in the light of the Madeleine McCann case and post-7th July bombings London. An unreliable witness says she saw the girl - but she didn't, she just wanted to? She did but she got the details wrong? She wants to help but can't think how? One Minute is almost painfully contemporary even five years after its premiere.

A paranoid, cold city is expressed in an extraordinary set: iconic London buildings form an arch for the actors, positioning the city as a stage with nowhere to hide... and yet no one can find the little girl. The Natwest Tower becomes a car for the weary detectives to wait in, Canary Wharf becomes a sofa for the distraught silent mother. The cityscape becomes a bar, a cafe, a park and the ever-changing scenery of London is cleverly evoked.

Strong performances keep this bleak play from sinking into irreparable glumness, but it's a close call. Not only is the little girl missing but the words to talk to each other about her are missing too. Performances remain intense and focused to the inconclusive end, but our attention can only be intrigued by the lingering silences and unfinished sentences for so long.

Eventually, loaded silences become frustrating and brief connections between these characters so desperately wanting to be understood are little consolation for the devastating loss that is always hinted at but never disclosed. Inarticulacy is very moving in Stephens' script but on stage, despite the best efforts of a strong cast and excellent staging, it is unfulfilling. We left the theatre wanting to scream, not at the awfulness of the production but to articulate what the characters couldn't. A rare and admirable effect.