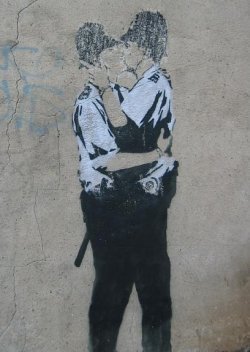 Tuesday – 30th September 1928: Alexander Fleming discovers the antibacterial properties of penicillin at St Mary’s Hospital in Paddington. Wednesday – 1st October 1868: St Pancras Station is officially opened as the London terminus for the Midland Railway, despite its construction being incomplete. Part of the buildings would form the iconic gothic St Pancras Chambers, which housed the Midland Grand Hotel. Thursday – 2nd October 1909: Twickenham Stadium hosts its first ever rugby match, with Harlequins beating Richmond 14-10. Friday – 3rd October 1975: After three days of holding several of the staff at a Knightsbridge Italian restaurant hostage in a storeroom, three gunmen surrender to police. The hostages are released unharmed.

I have passed all my days in London, until I have formed as many and intense local attachments as any of you mountaineers can have done with dead nature. The lighted shops of the Strand and Fleet Street; the innumerable trades, tradesmen, and customers, coaches, wagons, playhouses; all the bustle and wickedness round about Covent Garden; the watchmen, drunken scenes, rattles; — life awake, if you awake, at all hours of the night; the impossibility of being dull in Fleet Street; the crowds, the very dirt and mud; the sun shining upon houses and pavements; the print-shops, the old book-stalls, parsons cheapening books, coffeehouses, steams of soups from kitchens; the pantomimes — London itself a pantomime and a masquerade — all these things work themselves into my mind, and feed me without a power of satiating me. The wonder of these sights impels me into night-walks about her crowded streets, and I often shed tears in the motley Strand, from fullness of joy at so much life.

Charles Lamb, from a letter to William Wordsworth

We hope you enjoyed the sunshine at the weekend, because rain is threatened for this week.