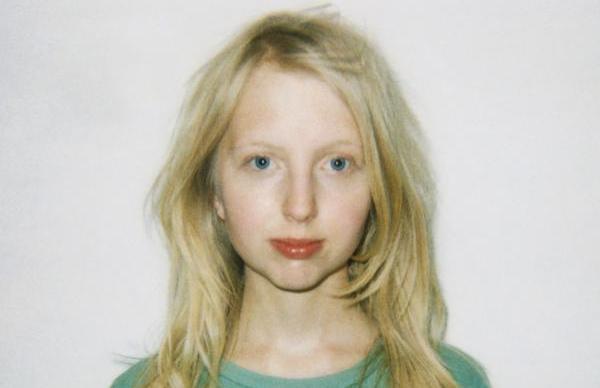 sounds like she might kill you at any moment. That or be the nicest flower you've ever met. With a Tori Amos / Kate Bush tone, she's Mute's hottest new talent and a surprise change from most of the music that seems to be coming out of the Brit School at the moment. Polly released new single 'I Hate The Way' on Monday and we've grabbed ten minutes with her before her next gig at Kilburn's Luminaire tomorrow.

Who are you? And where have you appeared from?

I am a musician, I write songs

And what are you up to at the moment with your career?

I am just in the process of finishing my album, it has taken nearly three years to make so finishing it will be a bit of a landmark! Other than that I have some singles out! 'I hate the way' was released Monday on Limited edition 10'' vinyl, it has some lovely artwork with it and a few extra little surprises. It is also available on iTunes if you want to go down the virtual route! I am also doing lots of gigs, the next one is at the Luminaire in Kilburn on Wednesday.

What was it like living in Croydon in your late teens? The Brit School seems to have a bit of a weird rep at the moment, what was it like?

Living in Croydon was lots of fun I was 16 and on my own, in control of my own destiny, old enough to pay my own rent and bills, but too young to order a drink in a pub. Everyone at school was very independent. It’s not a fee paying school, so pretty much everyone there lived in the real world and was working as well as studying, I made a lot of friends, there where many people from all different walks of life, all there for the common purpose which was to learn about music. I learnt as much from the people I met, as I did in actual classes.

Whereabouts are you based in London? Is it cool?

After living all over south London for years, I decided to make the big move to North West London a few years ago. I had never ventured north much before that! But yeah I love it, the area I live in feels like it has quite a young community, and I am always meeting people in the pub who are in bands or artists or its just a fun part of town to live in.

Who or what has influenced your sound?

Probably strangely enough what has influenced the sound most is the words, as they where the one thing I wouldn't change ever. What ever sound we create it has to be built around the words. Also working with Simon Fisher Turner [producer] influenced it as he comes from a very beautiful soundscapey and film background.

Well I love the 12 Bar in Denmark street, it was the first place I ever played and it has so much history. I also love The Luminaire in Kilburn, the sound there is incredible which I think is very rare for fairly small venue. It also has such a nice atmosphere, it’s a real musos venue. It is also special to me as Mute asked to sign me after playing a gig there a few years ago!

Well there used to be a gorgeous little place underground behind oxford street called CVO Firevault. It was really strange and cool, it was a fireplace show room so the whole room had beautiful fires all over it, but then it was also a bar and people could sit around or by the fires and have a drink. It also had a little tiny boutique shop that sold just little beautiful things like a beautiful rickety old chair, next to a recycled paper note, with a funny old clock and a pair or pretty knickers! I think there would be a interesting place to do a gig. Unfortunately like so many good fairly secret places, it closed down. (We loved this place, it was amazing! - Ed

I did busk, but not on the underground. I busked with my old flat mate Sam on Embankment: we were very skint students at the time, we had this romantic idea that we would make our fortune. We ended up making enough for a Macdonalds (to share!) and still had to jump the train home to Selhurst!

I like Ginglik in Shepherds bush, it has a nice atmosphere and good music.

Where's your favourite place to go in London?

Um I really love wandering all over, I am always finding new favourite places. If I had to pick my most favourite part I would say I love going into the city on a Sunday as it is so empty and I love the architecture, all the new modern buildings, next to tiny churches that have been there for years. It feels like the London I used to see on TV when I was little.

There is a great band called Fatels I saw them play a few months ago and they were fantastic. Also there is a band called Namaste they have a very big quite rock/metal sound & I really love their stuff too they are great live. The guitarist from Namaste actually played on my record. He played guitar with an electric Razor!

I would say my London secret is this little underground bar in a old war bunker that I found one day. It is lit by only candlelight, and only sells whisky, port and red wine. I love it, but enough people know about it already, so I'm not going to give you any more details, or I will never get a table!

Check out Polly's sounds at her myspace page or check her out at The Luminaire tomorrow, or The Walpole in New Cross on Saturday.