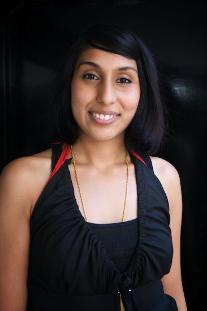 Shilpa Rajan is a Wembley-based fashion designer who recently showcased her very first collection from her House of Bilimoria label. She stands out for us not just because of her beautiful clothes, but her love of the craft involved in the process of fashion design and her commitment to ethical practices. We caught up with Shilpa after her show at the Fashion Diversity event at the Museum of London.

Bilimoria is my maiden name, which is part of the Indian Darji (tailor) caste traditionally. It was always my dream to use my name - being a tailor is in my genes! Both my grandfathers were tailors and I've been surrounded by fashion since I was young.

I moved to London three years ago, after studying at the University of Portsmouth - I’m originally from Canada. When I first got here I worked for high street retailer, but I was made to be my own boss! I love sewing and the craft in itself. I love embroidery but I haven’t used any in this collection, because of the fact that I want to learn the techniques and really understand meaning behind it before I just use it. 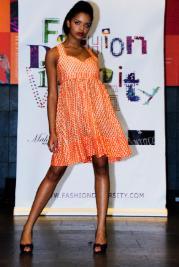 This is my first ever show, and I’m pleased and proud with the final outcome. I used fair trade fabrics from Cambodia and India – then I made everything myself. At the moment the process is as ethical as it can be, so in the future, I’d like to bring traditional crafts into fashion but make people aware of where they come from – that it’s not just a shiny circle of sequins, it actually does have a meaning. That’s something I’m very passionate about and I think everything should be of fair trade standard.

My style is ‘eastern elegance paired with classic cuts’. I want to bring in my ethnic memories. My mum inspires me – I saw her as able to transform herself to an Indian goddess but then go to work as a power woman. I started pairing the two influences – bringing that ethnic touch with the fabrics but with a really classic design, and easy to wear as well, with pockets and so on. 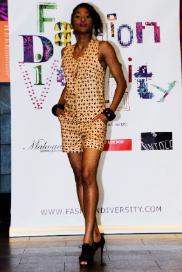 I love London because of the fast-paced environment. When I’m away from it I get bored and feel like I’m missing out on something. Having visited lots of places, when you’re back here you can tell you’re in an important place. Everyone has such a purpose here.

My dream is to have a well-known label that is recognisable, and have links to other countries like India. I want to involve the traditional craft in my work – not just having things made there and shipped back, but really having a link, somehow being able to help the craft and keep it alive. Each craft has its own tradition – Indian embroideries each have villages they originate from – and I really want to research that and become a master at that. I want to one day go back home and help people and make sure they can keep working for their livelihoods.

Image of Shilpa by Natalie Ujuk. Images of models by Shahid Malik.