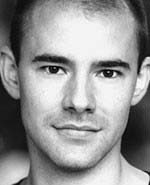 The music of Cole Porter may not be something you would expect to be discussed on Londonist, but every since we sobbed our way through 'De-Lovely' in Whiteley's cinema we've been a big fan. So we were excited to see Chelsea's gorgeous Cadogan Hall promising 4 nights Cole Porter kind of biopic 'A Swell Party'.

Originally staged at the Vaudeville Theatre in 1991, John Kane's show attempts to re-create Porter's life story using a narrator as Cole himself with songs sung by 4 of his friends. Featuring 47 songs in just over 2 hours, there's a lot to cram in and as such some of our favourites such as 'Night and Day' and 'You're The Top' get shoved into medleys.

Simon Green is a commanding Cole with all the dapper swing and flirtnyness you would expect from the man himself. He even deals with forgetting his lines in character with a twinkle to the audience. Accompanied by leading musical directors David Firman and Jason Carr on two pianos, the production is a little old fashioned, but if you're just after songs rather than a dazzling stage show you're in luck.

Maria Friedman, fresh from a recent one woman show at Menier Chocolate Factory, puts in a big performance of 'Blow Gabriel Blow' from 'Anything Goes'; while other highlights include Daniel Evans' once scandalous 'Love For Sale' and ensemble number 'Coffee'.

After the success of their 'Simply Sondheim' series, Cadogan Hall are making the most of their compilation shows. You can catch 'A Swell Party' until Saturday and then fans of Gerswin can enjoy four Glorious Gershwin concerts treading the boards between August 13 and 23. Find out more here.