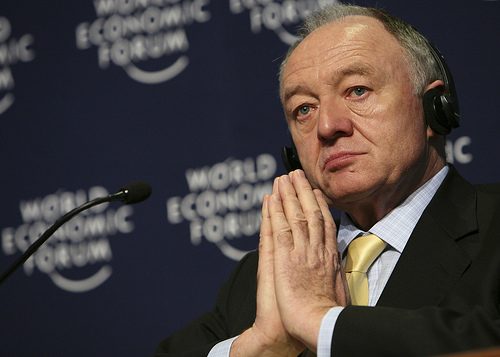 In news guaranteed only to please the pen of Andrew Gilligan more than his legion of loyal supporters, Ken Livingstone announced his plan to contest the 2012 Mayoral election in Ruislip last night. Speaking to an audience of Indian-origin Labour supporters in west London over his concern at the governance of race relations in the capital, the 63 year-old ex-mayor revealed his ambition:

I actually support the government policy that we should work longer - I intend to. And I intend to apply for another job in four years' time - and it's the one that Boris Johnson's got.

At the dinner, which was hosted by Indian-origin MP Virendra Sharma to mark the first anniversary of his election in Southall constituency, Ken celebrated London’s record under his rule as an integrated, progressive city:

In the last eight years, one after another, mayors from around the world came and asked again and again, how is it that in this city we've made multiculturalism work - so many different communities and faiths and [people of] different nationalities living side by side in remarkable harmony.

Yet in an attack on the new mayor that referred both to the forced resignation of the deputy chief of staff James McGrath after advising Caribbean immigrants to "go home" if they did not like London and the recent decision to drop the "Londoners united against racism" strapline from advertising, Ken warned that this harmony was under threat from the new City Hall team:

It's under assault. There's a really unpleasant tide of division coming through from the right... Some of the early resignations from Boris Johnson's administration [are] people that don't welcome that diversity.

Which all sounds like some pretty early electioneering from Ken. Whether he will be embraced again as the Labour candidate or will have to tough it out once more as an Independent is, thankfully, all a long way away.