Boris: Some Of Our Swimming Pools Are Missing 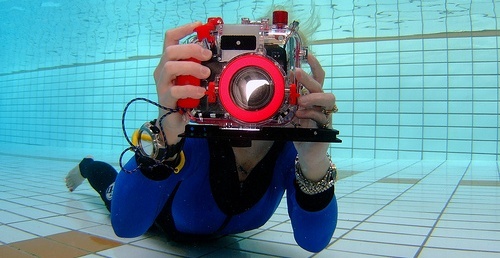 Kate Hoey, former Labour sports minister and controversial aide to our new Conservative mayor, has admitted that Boris is not certain where some fairly large and important things are. That in itself might not be much of a revelation, but according to her interview with the Metro he's not the only one searching behind the sofa:

Some boroughs cannot even tell you what [sports] facilities they have...We haven't even got a proper absolute plan of what's already there. That's how bad things are.

Kate, still the MP for Vauxhall, has promised to compile a "dossier of public swimming pools and playing fields" in the capital which would seem more commendable if she wasn't at the same time kicking into the long grass a similar report commissioned by former mayor Ken Livingstone. Kate branded the two-month old document "elitist" which does make you ponder whether Ken's team only included swimming pools with associated jacuzzis or whether Kate and Boris give short shrift to goalposts with proper nets.

Either way, we were a bit puzzled as to why Kate and her new master can't simply navigate over to Sport England's Activeplaces.com and sort it all out from there. A quick search on that site reveals sixteen swimming pools, two grass pitches and one synthetic turf equivalent within a mile of County Hall while the baseball fields listed in Richmond and Stanmore might be useful locations if we're thinking of raising a team for absolutely everything in four years' time. No need to worry unduly about the information being too old either since the data for grass pitches is checked annually while other facility types are looked at every six months. Those bumbling boroughs can breathe a sigh of relief, too, as ActivePlaces "includes local authority leisure facilities as well as commercial and club sites."

So, once that's tied up over a quick morning coffee, there'll be plenty of time in the day left over for Kate to explain to the capital's archers, rowers, BMXers, horse riders and beach volleyballers why she's not apparently that bothered about where they're going to practice for 2012. We hope that our article last year on the provision of tennis courts in London will at least give her a head start with Andy Murray and friends.