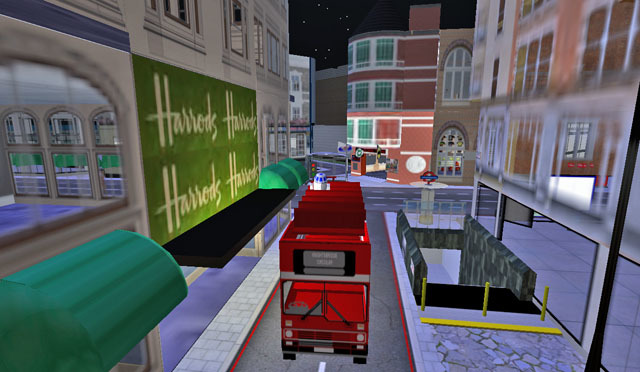 The jury is still out on Second Life, the popular virtual world that anyone can join up to. There's a ton of fun stuff on there if you know where to look, some of it even useful. Yet SL has three flaws: (1) It is slow and clunky, unless you have a decent computer; (2) it is strewn with bugs that often leave your avatar floundering in limbo; (3) you won't be able to get that fricking 'A Whole New World' song out of your head.

Armed with these caveats, we entered Second Life to see what kind of London presence it holds.

Anyone can build stuff in Second Life, but you need to buy land on which to store it. To recoup the cost of land, you can build commercial properties and let them out to people. This, we guess, is the reasoning behind the virtual Mayfair, Piccadilly and Knightsbridge under construction in Second Life. The map above shows that it is by no means a faithful recreation, but there are plenty of famous landmarks to see. 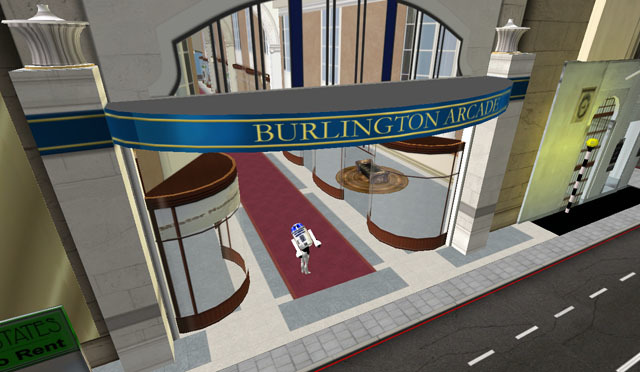 First stop Burlington Arcade, where outlets cost L$750 per week. L$ means Linden Dollars - the in game currency. One US dollar is currently trading at L$264, so a shop in Burlington Arcade will set you back about $2.80 per week. Why bother? Hopefully, the cachet of owning a shop in such a prestigious mall will attract customers, and thus make a profit. So far, only two shops have opened in the Arcade - one sells framed artwork for you to hang in your virtual home, the other dispenses UK military uniforms. The mind boggles.

By the way, that R2D2 unit is Londonist's avatar. Being relative novices to Second Life, we were unable to get the droid to follow us around, but managed to graft him to our left eyeball. 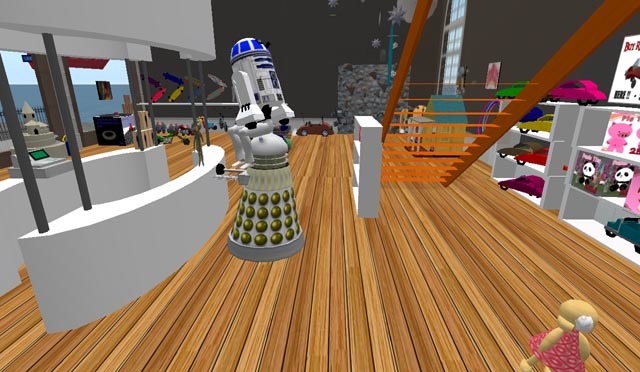 Hamley's is a cool place to hang out in SL. That is, if you don't mind the constant threats from their in-house Dalek. That's Londonist sat upon the Dalek's head, in an attempt to coin the term 'cyborgorgy'. 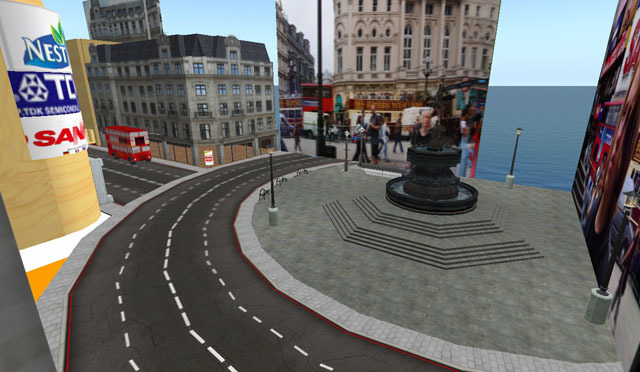 Round the corner is a half-complete Piccadilly Circus. The fountain works, but most of the illuminations are still chipboard. Nearby, you can find a jolly old English pub for rent, at L$2000 per week (around $7.50). 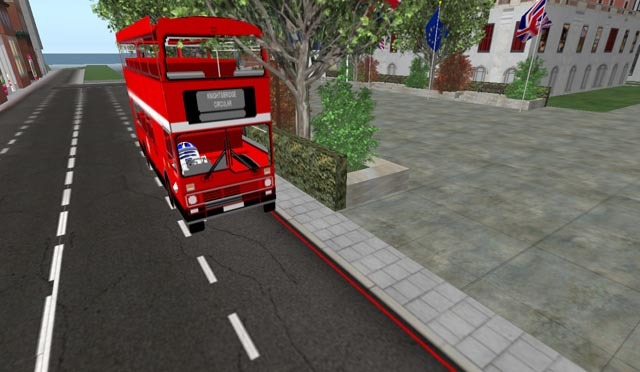 Yes, that's Londonist driving a big red bus. We became inexplicably fused to a wall while flying along Brompton Road so decided that the bus was safer. There are several transport options in SL. You can walk, teleport and fly of course, but there's also a semi-functional Tube system in the London area. 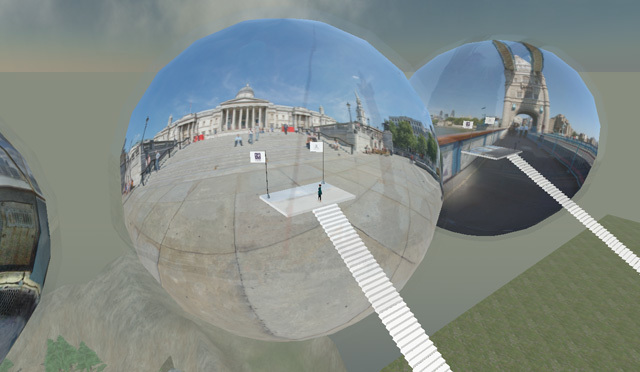 Elsewhere in Second Life, Andy Hudson-Smith of UCL has built a floating island full of 3-D London panoramas, heat maps and other interactive attractions. Here we are (minus the R2 unit) about to enter UCL's forecourt. This area deserves more coverage, so we will return to Second Life in the near future to check it out. Meanwhile, to walk around the virtual London, you'll need to install Second Life, then follow this SLURL (Second Life URL).