Cling Film Arsonists Get Off With Drunk Defence 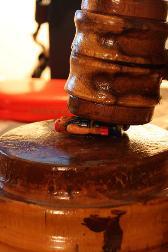 Then men, who plead guilty to arson and were expecting a jail sentence — they'd even packed their bags — were surprised and delighted to learn that the judge bought their "we were drunk and stupid and had a lapse in judgement" defence. Seriously. The boys' barrister said:

"Neither of them is entirely clear what went on as they had had too much to drink. Neither had any motivation for what he did and hadn't planned it. It was an act of momentary stupidity."

Well, if that isn't a solid defence, we don't know what is. It probably also helped that the boys had clean records and promising futures — one was setting up a software company and the other had studied horticulture. The Croydon Crown judge assessed that they "acted out of character," and substituted jail time with 280 hours of unpaid work and £887 in compensation payments each.