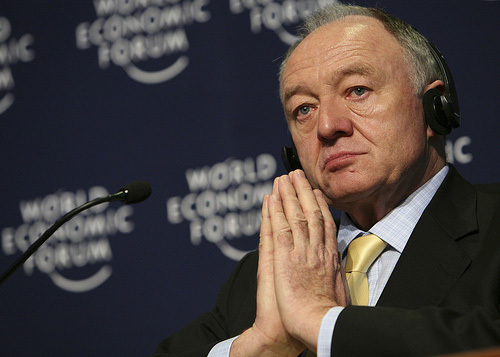 All I do each night is pray...hoping that I'll be electable again some day.

The highlight of the mayoral election week came at the Evening Standard’s Influentials Debate at the RSA on Monday, when Ken Livingstone told LBC breakfast host Nick Ferrari why he doesn’t drive. He revealed that he’d tried cars when a young man because he’d thought it would help him to get girls, but in the end had decided to “concentrate on my personality.” There were great hoots at that, showing that even in a fairly hostile environment the old winning charm hasn’t deserted him.

It’s just as well. As the week went on it became clearer still that the battle to be next mayor is a close one and that Boris Johnson may be slightly ahead. The newest opinion poll for YouGov gave The Blond a small but clear lead. Although some older data done privately for Labour’s man by Ipsos-MORI – and seemingly released to dull the impact of the YouGov findings – looked better for Livingstone, the findings on electors’ second preferences, which will probably be decisive, looked better for the Tory.

You can almost sense the campaign teams moving up through the gears as the official start date – 18th March – comes nearer. Livingstone’s lot continue seeking to expose Johnson as an incompetent twit, while Communities Secretary Hazel Blears reckons he's "A nasty, right-wing elitist, with odious views and criminal friends like Conrad Black." Ouch.

For its part, Team Boris continues to present itself as offering the fresh, upbeat alternative that listens to Londoners about crime and transport, which will continue to be a big theme next week. And Brian Paddick the Lib Dem? He’s still miles back in third but has gained at Ken’s expense, and has been bashing him constantly. Thud, crash, biff. Ah, the sweet sound of democracy!

Read more from Dave over at the Guardian, and on his mayoral blog.