Londonist Behind The Lens: Chutney Bannister

By Lindsey Last edited 174 months ago
Lindsey Londonist Behind The Lens: Chutney Bannister 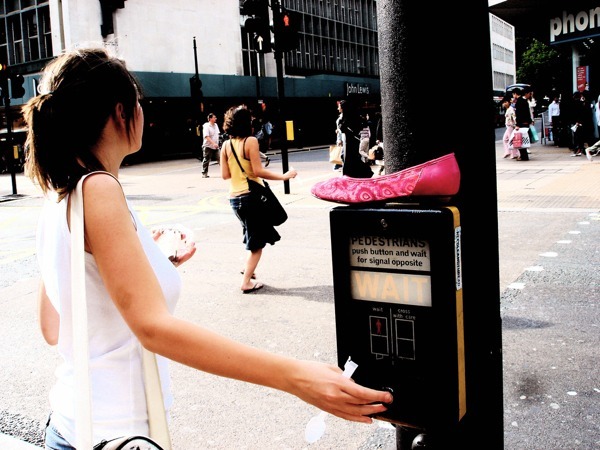 I was on Oxford Street, when I noticed something out of the corner of my eye. I'd originally gone to do some shopping, but ended up spending the better part of an afternoon taking photos of Londoners next to an abandoned display shoe. I am still investigating better uses for my weekends.

My real name is Yusuf Ozkizil, although I do find it rather amusing that I've managed to pick a username that gets as many mispronunciations and misspellings as my real name. If not more. I live and work in Tooting, South London. Famous for it's curry houses, lido, no book shops, and also being a sound effect. When I'm not wandering around with my camera, I administer one of the courses at a local medical school.

I pretty much got into photography when I visited family in Turkey, about 18 months ago. Not so much out of it being a family tradition to photograph lost shoes, or billboards leaning over people, but because I can't speak much Turkish. Taking photos kept me occupied during those long periods where my Dad would get drawn into conversation, and stopped translating. When I came back, the habit of walking around with my camera stuck and I've been taking photos on a regular basis every since.

I suppose I'm something of a people watcher. I find it more enjoyable than reading a book when I'm on the Tube. These habits and rituals people get into the instant they plonk themselves down onto a seat is always fascinating... especially when they're out-trumped by something unexpected like a pair of eyes rolling by.

I use a Ricoh GX100, a compact camera, which I bought a few months ago, to replace my temperamental Sony P100. The vast majority of my pictures were taken with this, but for the last year of its life I had to continually remove the battery to blow on contacts, or give the camera a good smack like an old TV in the hope of it working. I suppose the experience added to the drama of taking a photo, although it was starting to get ridiculous when the camera had the final say in whether it would turn on or not. 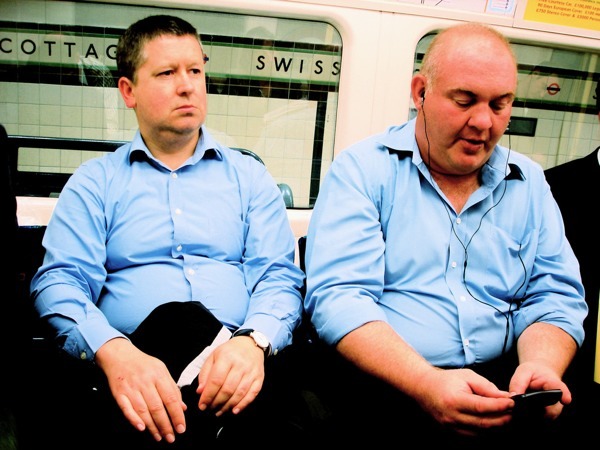 I liked the coincidental game of snap these guys were playing with their shirts. I remember getting quite excited that my camera had turned on so I could take this photo. I think this kind of thing comes from my Dad, who if some kind of athletics is on the telly, will challenge me to choose who'll come last. Or when seemingly interested in a documentary will turn and point out the way the commentator wobbles his face when finishing a sentence... pointing out the unusual in the usual.

My Flickr page started life as a stream of random party pictures, for friends to access easily, and now a couple of years later it's a load of random pictures taken on the Tube. I like that about Flickr, how the longer you're on there, the more you have to look back on. A bit like a photo diary I suppose. It's also given me an opportunity to meet some cool new people, and photographers that seem to have a better idea of what they're doing!

Chutney Bannister's got an exhibition coming up at the unique Flaxon Ptooch, 237 Kentish Town Road from 28 February. Combine a visit with a haircut and everyone wins. Check out his Flickrstream and website, leave comments and let us know who you'd like to see featured here next.