Save Our Pits And Pickle Factories, Finally The Government Steps In 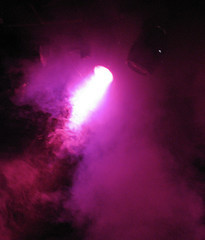 The Rainbow is long gone, the Hammersmith Palais now lingers only in the memory and even that good old grubby beer stained shit-hole that is the loveable Astoria is under threat. Gigs are selling out in minutes, replacing restaurants and cinemas as the preferred venue for gormless gobblers to converse after work, and yet the property developers keep their beady eyes focused on every venue lease going. How are we going to find the next Stones, the next Jam, the next Status Quo* if there's nowhere outside the vomitous O2 for a band to play.

Step in one James Purnell, he's apparently the Culture Secretary (dunno 'bout you but we voted for Lemmy), who's going to work with Ken, a renowned Throbbing Gristle fan we're sure, to:

see what can be done to ensure key music venues are not closed down in London and, if they are, to explore how suitable replacements can be provided.

Hmm, you lost us at 'if they are', Jimmy. So the Astoria isn't going to be saved after all, rather it'll be replaced with another one, somewhere else, cleaner and tidier and with none of the memories of gigs past, bleeding out of the walls.

Don't get us wrong, it's good that they're doing something finally, good that new venues are still being created even whilst the old ones are being torn down. And good that the government is easing up on the live music licencing for small venues, to give smaller pubs and clubs and bands a chance. They've even:

pledged £500,000 for a new pilot which will help set up professionally equipped, community rehearsal spaces for young people.

This is all good, it really is. But as ever, it's not quite the Christmas present we hoped for. We'd still prefer it if they didn't shut down our concert halls to begin with, so that they can be replaced with useless boutiques for overpaid imbeciles. Venues breathe the life that's been breathed into them, and that, for any fan, is an irreplaceable part of watching live music. If you were ever lucky enough to visit the original Marquee, it didn't matter that the place was a turgid toilet, Hendrix made sweat drip from the walls there once.

Call us old fashioned (we still talk about the Hammersmith Odeon), but those memories mean something, and in our increasingly bland music industry where the ability to be a useless drug-addled twat gets you more column inches than being able to play a decent show, that sometimes feels about as much as we have left to hold on to.

* Just kidding about the last one.