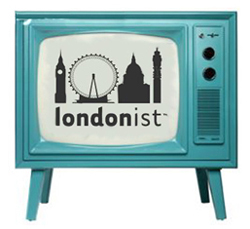 Merry Christmas! (Or, if you’re not so much into the whole Christmas thing, Happy Tuesday!) We hope you’re having a very lovely Christmas day. If you need a break from the family madness, here are a few things you might want to take a peek at.

Top of the Pops Christmas Special (BBC1, 13:30-4:30)) Fearne Cotton and Reggie Yates present this look at the year’s most popular acts – and look at this year’s crop of Christmas number one wannabes.

The Queen (BBC1, 15:00-15:10) Check in with the Queen, as she gives her Christmas message to the Commonwealth. It’s been a pretty good year for her, what with her 60th wedding anniversary and all, so we expect this year’s message to be pretty cheerful.

To The Manor Born (BBC1, 21:30-22:30) If you’ve wondered what became of Audrey and Richard since the last episode aired in 1981, your prayers have been answered. It’s not really about the plot with this one, is it? It’s just a chance to catch up with old TV friends, which is always nice.

The Catherine Tate Christmas Special (BBC1, 22:30-23:10) Well, you know this is going to be funny. With a few special guests, including Kathy Burke, Tate’s pulled together her best loved characters for a Christmas day spectacular.

The Santa Clause 2 (BBC1, 11:20-15:55) Okay, we’ll come right out and say it. We liked The Santa Clause. The sequel’s not nearly as good, but we still enjoy Tim Allen as the reluctant Santa.

Gone With The Wind (BBC2, 11:15-14:45) Tired after all the present unwrapping and general Christmas shenanigans? You need a good American Civil War romantic epic. Vivien Leigh is fantastic as Scarlett O’Hara and Clark Gable is simply dreamy as Rhett Butler. Overlong and overdramatic? Perhaps. Frankly, my dear, we don’t give a damn.

The Grinch (ITV2, 15:00-17:00) It doesn’t even come close to measuring up to the classic Christmas cartoon version of Dr. Seuss’s “How The Grinch Stole Christmas”, but this big budget version starring Jim Carrey isn’t all bad. We’d have preferred it without the songs, but it’s still a fun Christmas film.

The Polar Express (ITV1, 17:00-18:50) Tom Hanks plays six different roles in this CGI animated film, which should more than satisfy any Hanks fan. A bit sentimental and preachy, this is still a pretty good Christmas story about a young boy whose belief in Santa Claus is restored by a magical train. Ah, magical trains. What would we do without them?

Love Actually (ITV1, 21:30-23:55) It’s Londony, it’s Christmassy, it’s sappy and romantic and features Bill Nighy slagging off both Ant & Dec and Blue. It’s got everything we love. This film may have a few too many characters and a few too many plotlines, but there are still quite a few moments that hit home and make us happy that Richard Curtis is writing romantic comedies. And yes, we know that may make you think less of us, but frankly my dear, we don’t give a damn. Oh, wait. Wrong movie.

Speed (BBC1, 23:15-01:15) See out Christmas day with a fantastic action blockbuster. It’s completely outrageous and ridiculous, but we love Keanu Reeves and Sandra Bullock in this, and Dennis Hopper is at his best as the insane bomber. The perfect end to Christmas day!