London Becomes Capital Of The World 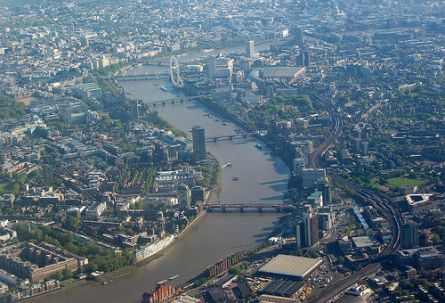 Tell us something we don't know! At last, here's the third-party (well, ish) endorsement for us as the best city on the planet. Deep down we all knew this anyway, but it's nice to be told it.

The Independent carried out a huge survey over months that looked at everything from culture and finance through to population, tourism and transport. They published the results (and a heap of commentary) on their front page, just before christmas. The full expose is at http://news.independent.co.uk/uk/this_britain/article3276224.ece.

Excuse us for some americanese, but, frankly, we kicked butt. Big time. New York looks distinctly unhappy in 2nd place - but apparently ALL global cities now cower at our feet, which by default includes all the other urban rivals that have "-ists" here on the city blog network.

Go see for yourself - the data's all online at http://www.independent.co.uk/capitals so go have a rummage - London pipped New York, with Paris a more distant third. Madrid came sixth, Rome ninth and Mexico tenth.