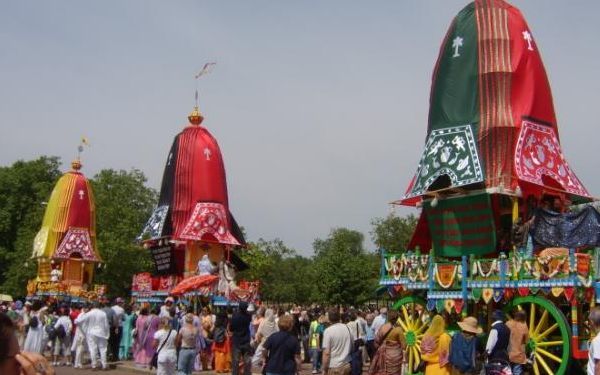 Another faith school is ruffling feathers, following on from yesterday's news about the JFS - and this one hasn't even opened yet. The Hindu Krishna-Avanti school is due to open next year in Harrow, north-west London and is causing a certain amount of concern in stipulating that at this point, the school authorities will prioritise applications from Hindu families practicing the religion regularly, mainly needing proof of regular worship at home and at temples, abstaining from alcohol and maintaining a vegetarian diet.

Kind of makes sense when all faith schools need proof of faith in order to be, you know, a faith school. But as the JFS story yesterday proved, it's tricky to measure faith and practice and the difficulty of distinguishing between a school's religious, cultural and academic merits. The Hindu Council UK is sceptical and are not backing the stipulations, identifying them as drawn from a minority Hindu group which would exclude children who don't practice in that particular way.

Faith schools are a hot topic and will always engender debate - in a multicultural city like London, so tolerant and open to other cultures and religious practices, you'd think it wouldn't be so fraught. But it's precisely because of the capacity of this city to include so many different peoples that these debates continue and at this level of detail: we are not about to homogenise the schooling system just because some families kick up a fuss about the importance of their religion, their culture and their language. Or should we? Your two pennies worth in the comment section below...