Save The William Morris Gallery 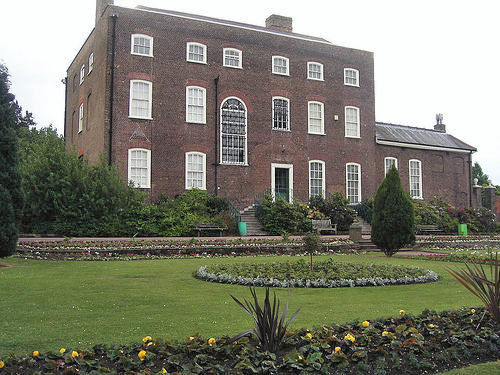 What do you do if you’ve got a gallery full of works by William Morris, one of Britain’s most famous artists, and you’re a cash-strapped borough council?

(a) Publicise the gallery and get loads of tourists spending their money there.

(b) Hitch a ride on green awareness — Morris was an early environmentalist and the collection is housed in his former home, in magnificent grounds, all of which the borough owns.

(c) Suggest giving away most of the priceless collection (to someone who’s hoping to open an Arts & Crafts museum outside the borough, if they can get the money together) and hiring out the gallery for functions. The collection can go into storage somewhere — hope it doesn’t get ruined or stolen!

Full marks if you guessed (c). Labour-led Waltham Forest council want to close the William Morris Gallery in favour of a Central London Arts and Crafts museum. Ironic, considering the socialist's motto “Fellowship is life and lack of fellowship is death” is engraved on the town hall walls.

The plan to give away most of the collection is only on the drawing board at present, and they're also thinking of turning it into an art centre. Or as one councillor said at a public meeting last week, "a place where kids can throw paint about" — that'll be on the Burne-Jones windows then? Or the Georgian woodwork? And yes, an art centre is a great idea, but the council reneged on a plan to build one in the town centre several years ago, having already demolished a shopping centre to make way for it; that remains a vast and weed-infested vacant plot.

Come and visit this mind-opening gallery while you’ve still got the chance: it’s on Forest Road E17. Better still, join the campaign to save it. The councillors, headed by Clyde Loakes, hate being under the spotlight, so do drop them a line.