By Hazel Last edited 183 months ago
Hazel Heathrow: Most Hated 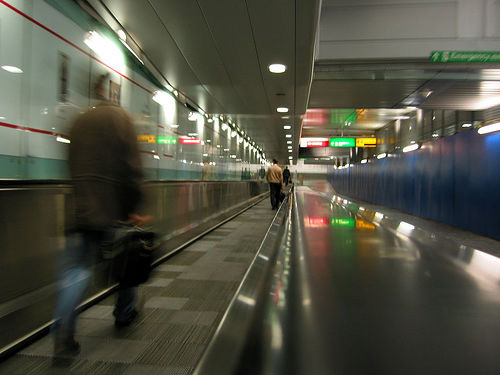 The world’s busiest international airport is also the world’s least favourite. Delays on the tarmac and in the terminals have led a survey of 2,500 travellers to vote Heathrow as their least favourite airport.

The airport, currently operating beyond its intended capacity, has been slowed down by increased security checks and had kept passengers waiting for their baggage, and passengers have also complained that their luggage frequently goes missing.

The BAA, who own Heathrow, have been attempting to compensate for the increase in traffic by opening a fifth terminal – plans that have been somewhat inconvenienced by a protest camp who deny any intention to inconvenience passengers. A lack of further efforts to modernise Heathrow have also been criticised.

The survey was conducted by the website TripAdvisor. Londonist infers that the passengers who ranked Heathrow have never visited Newark Liberty International Airport. Over there, there aren't even shops to distract you from your check-in induced coronary. And whatever frustrations the Piccadilly Line may cause, at least it's there as an escape route for those traumatised by the Heathrow experience. In Newark Liberty International, the subway system can't hear you scream - because it doesn't go that far. Tiny points in the favour of Heathrow that probably make no difference to the poor bloke still waiting for his suitcase in Terminal 2 three hours after he got off his (delayed) flight.