Are Royals Losing The (Blackmail) Plot? 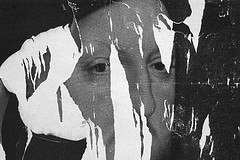 Looks like HRH is having a bit of a Blair old time right now (either Blair will do). There's that pesky enquiry and now this latest plot to blackmail a minor member of the royal family over some man on man nightclub naughtiness, although thank goodness for the police who've now arrested two men.

We* here at Londonist are deeply disappointed at the sad, sorry state of the proceedings.

Firstly, it's a minor royal. What's a minor royal anyway? Do these folks have a star rating like at McDonalds? And there's no tape of the act, only some aide boasting of what happened - crucial point with the evidence there wethinks. Bet, he's staying out of dark tunnels on his way home.

But what's worse is that it's all so dull. As far as we're aware a bit of consensual buggery between men of an age is quite legal; perhaps not in a public place but that's not exactly stopped many before. Ok, so the drugs are bad (illegal anyway) but if we we're going to lock up everyone who gets a little stoked on a Friday night then half the city would be shut down on the Monday (allegedly of course...) and we'd have to wall off Wales and use it like in Escape From New York. We might get all in a tizzy every time one of Murdoch's minions with a half skill for a rhyming couplet gets their hands on another picture of Harriam with their hands down some grinning girl's top, but this is all small potatoes really.

Come on guys, what happened to the good old days when you'd happily murder each other in your beds, scheming and plotting like Eastenders hadn't been invented, disappearing unwanted heirs and banging anything that moved: animal, mineral or vegetable? Isn't half the reason we have the Church of England because old Henry 8 couldn't decide where he wanted to stick his dick next? OK, so life might have been a little edgier back then but there's no imagination any more. Compared to our ancestors our current royals are rubbish. Who cares about an entire nation being offended by a random off-the-cuff derogatory comment. We'd have invaded you for less once. Zero value for money.

No doubt the royal's name will eventually slip out and there'll be a terrible la-di-da (you have to imagine Russell Brand saying that last bit, it works better) and we should boo them in public if it does. Not for their bad behaviour but for their lack of it. If anything good's going to come of this ugly debacle then we demand at least a good public beheading of the two accused, regardless of innocence or justice. If only so that we might for once get some satisfaction from all those damned taxes.

*By we, we of course mean me. The 'we' thing as you probably all know by now is a style issue and it really doesn't reflect the opinions of everyone who writes for or reads Londonist or any of the 'Ist network sites. If you do think that then you're an idiot. But remember, it was we what called you it!